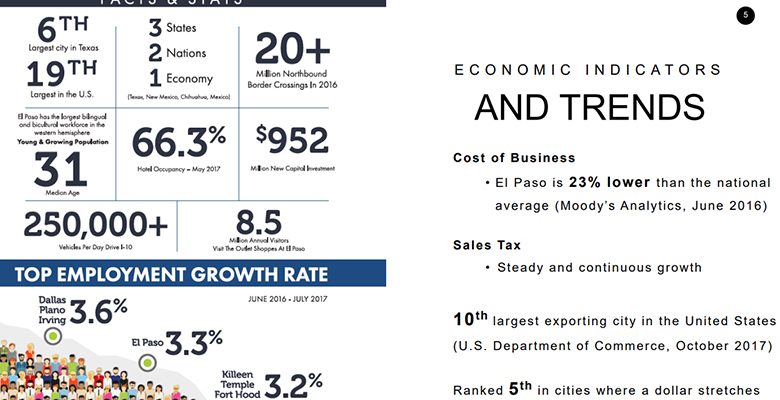 Lookie here. Here’s a slide from the presentation that the City of El Paso’s Director of Economic Development Jessica Herrera gave to City Council on Halloween. (Don’t you think that City Council should have worn costumes for that meeting?)

Blah, blah, blah. It all looks pretty good. Except for that 19th biggest city in the U.S. As I’ve said before, for most things, like reasons a company should move to El Paso, the Metropolitan Statistical Area is the significant metric, and not “biggest city.”

Never mind. That’s not what I’m bitching about today.

Lookie over there on the right hand side of the slide.

“Steady and Continuous Growth” under that “Sales Tax” bullet point. 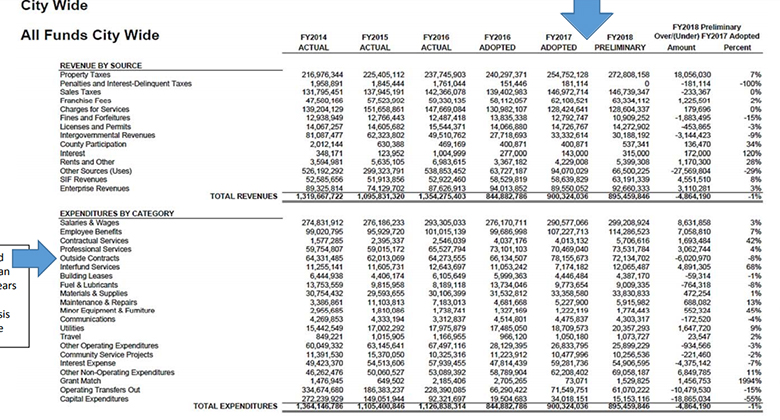 Sales tax is the third line down under “Revenue by Source.” Here, I blew it up, in case you can’t find your reading glasses, either. 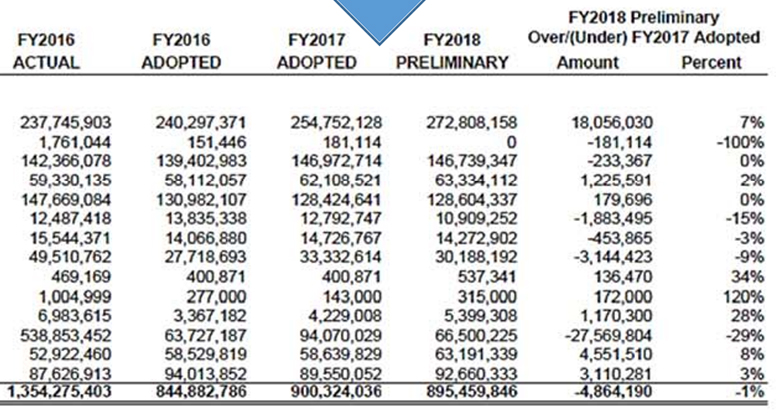 That’s why I say that this year’s budget is fake. The City lowballed revenue and inflated expenses so that they could juice us a little extra on our property tax rates. So they’d have a little extra money to spend on stuff like the Quality of Life projects, and infrastructure maintenance.

If you’re going to lie, you have to be consistent. You’d think the City would be better at it with all the practice they get.