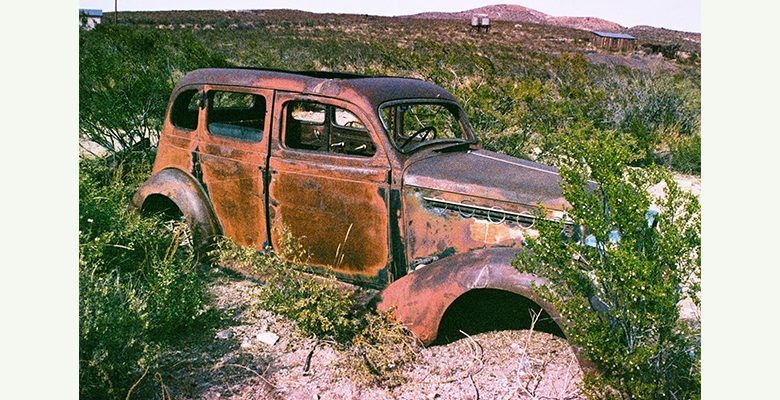 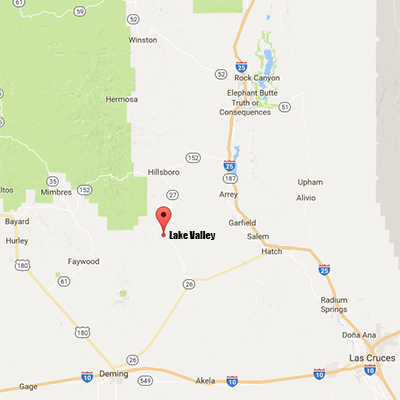 Let’s check out Lake Valley, site of the famous Bridal Chamber Mine.

Lake Valley lies in the shadow of Monument Peak (aka Lizard Mountain), a prominent knob of rock that nevertheless would’ve given no indication to early travelers of the great wealth waiting nearby. It was 1878 when George W. Lufkin, a Union Army soldier, and his partner Chris Watson went looking for silver not far from Hillsboro. A Chinese man had told Lufkin and Watson in a Georgetown, NM saloon of how he’d ended up lost on the way to Silver City and come across a piece of silver chloride, or horn silver, a very pure, soft form of the mineral, yet could never find where it came from again. That would certainly be a likely 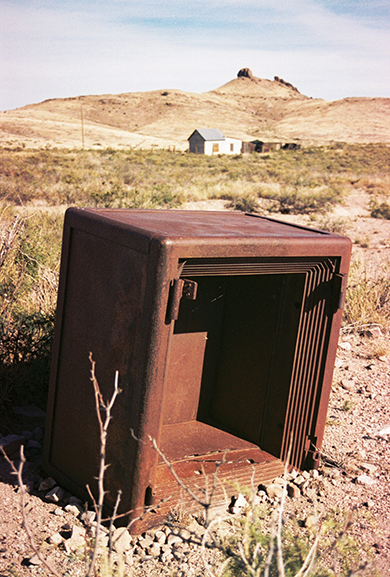 story in the Old West. However, both Lufkin and Watson were in their mid-50’s and desperate for a strike. And they thought what they’d heard had the ring of truth. Thus they went out looking for silver. For weeks. With no luck, naturally. Then the story gets contentious, but everyone agrees that somehow Lufkin and Watson stumbled upon silver outcrops. Unfortunately, they’d now been out so long that their initial grubstake was exhausted and they had to quickly head back to Hillsboro to raise more money.

After an additional delay due to Apache depredations, the two miners eventually got back to work, hauling out a half ton of ore and bringing it directly to the Red Onion Saloon in Silver City. Here, John A. Miller saw what had been found and offered the men $1.50 a pound or $1500 for the whole load. Miller went to the assay office, where the geology was better than in the saloon, and quickly learned that the ore ran $12 per pound. So he put up enough money for him, Lufkin, and Watson to mine in earnest. 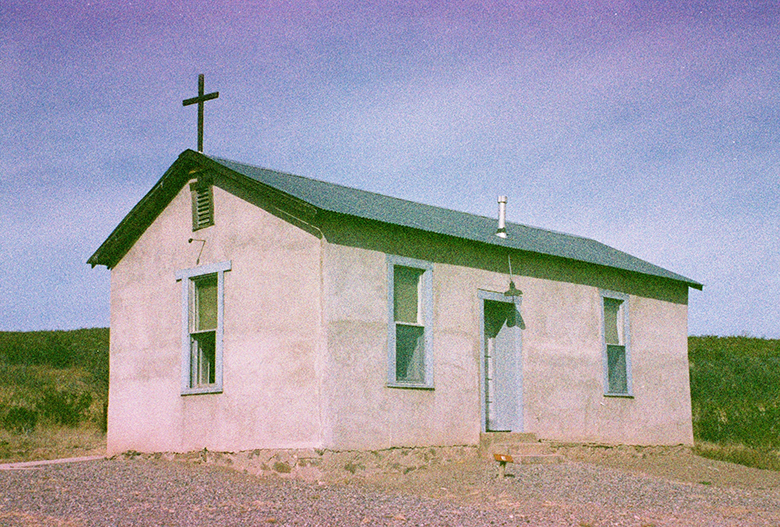 In the spring of 1881 the men sold their claim to a syndicate led by George Daly. Miller got $100,000 while Lufkin and Watson, along with nine other men, each got $25,000, in addition to the considerable amount they’d already made. Lufkin would build a house nearby in a camp he named after Daly, but the settlement soon moved and became known as Lake Valley in honor of a small lake nearby long since gone dry.

Then, John Leavitt, a blacksmith, leased a claim from the Sierra Grande Mining Company (in which Walt Whitman owned 200 shares!) and spent two days digging in a hole that Lufkin and Watson had started. Lufkin and Watson should’ve gone farther though because at ten feet Leavitt hit a thing that most miners surely didn’t even dare dream of–a cave of solid silver chloride measuring 26 feet wide and 12 feet high. A flame would melt silver right off the ceiling. Despite all this, Leavitt didn’t seem to know what he’d discovered and sold his claim back to the Sierra Grande Mining Company for a few thousand dollars.

(Leavitt’s cave, now collapsed, would be in the middle distance in the photo below. The visible mine and rock pile are the result of manganese mining during WWI and II.) 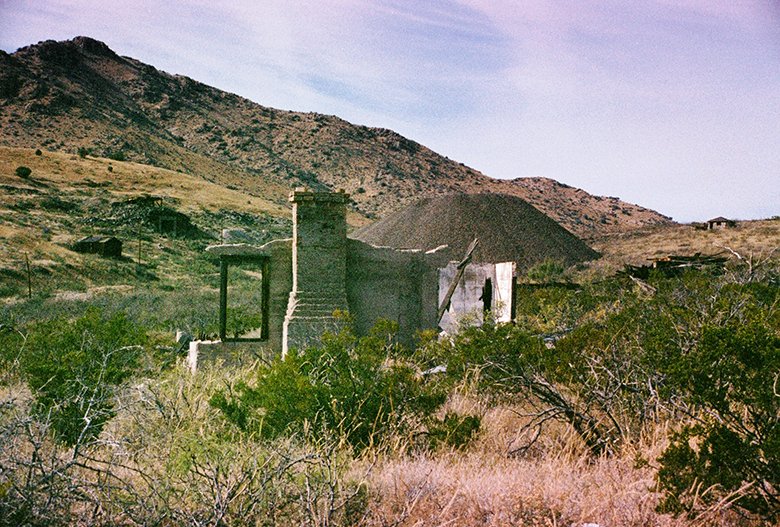 Of a dirty gray color and very malleable, horn silver was soon being cut into large blocks and loaded into railroad cars parked right outside the cave. The ore didn’t even need to be smelted it was so rich. A massive piece, valued at $7,000 (about 394 pounds-worth, silver then being $1.11 an ounce), was exhibited at the Denver Exposition of 1882. In fact, no single concentration of silver has ever exceeded what was quickly named the Bridal Chamber for obvious reasons. All told 2.5 million ounces was exhumed in a couple years, still not even half of the silver taken from the immediate area between 1881 and 1893, when the price of silver collapsed with the end of mandated government purchases. In short, for a few years in the early 1880’s, Lake Valley was something else.

Peak population was estimated at 1,000 souls around 1883, the town having moved once and then again to be closer to the Bridal Chamber, and whoever was there was clearly having a wild time. One western surveyor tagged Lake Valley as, “…the toughest town I’ve ever seen.” Adding, “I’m satisfied a man died with his boots on every night.” Marshal Jim McIntire was brought into Lake Valley in 1882 to keep the peace at the astounding rate of $300/mo. He must’ve had his work cut out for him. Legendary lawman and strong-arm Jim Courtright was also there and quickly killed two ore thieves in a gunfight. He would kill three more men in Lake Valley. 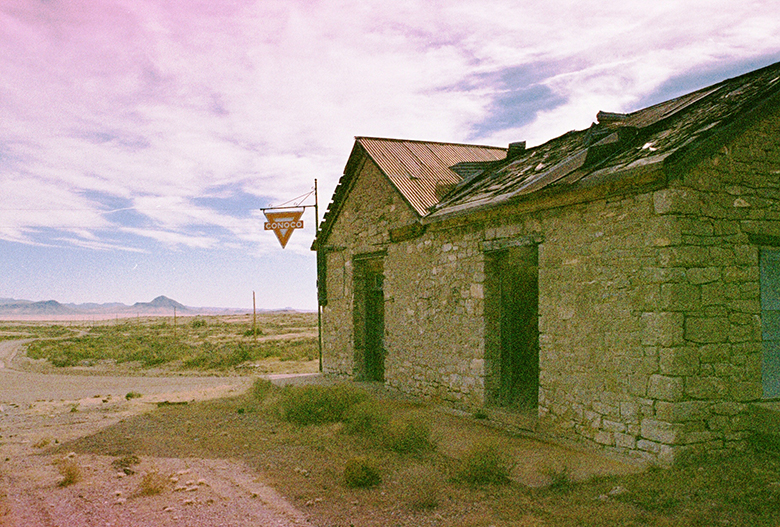 But if Lake Valley wasn’t lacking for silver or bloodshed, it wasn’t lacking in irony, either. George Daly, who’d purchased all those area mining claims initially, was killed by Apaches on the very day the Bridal Chamber was unearthed. A settler had appeared in Lake Valley holding her baby and saying she’d been held hostage by Victorio’s band and tortured for hours. The men headed to Cotton’s Saloon for some liquid courage and to await the arrival of a unit of the Army’s Ninth Cavalry. Once everyone was assembled and Victorio’s camp was located in Gavilan Canyon, the men charged right into an ambush, with Daly killed in the initial moments. George Lufkin, who, with Chris Watson, first re-discovered the lost silver near Lake Valley, is also buried in the town’s cemetery; he died without a penny and rests in a pauper’s grave. 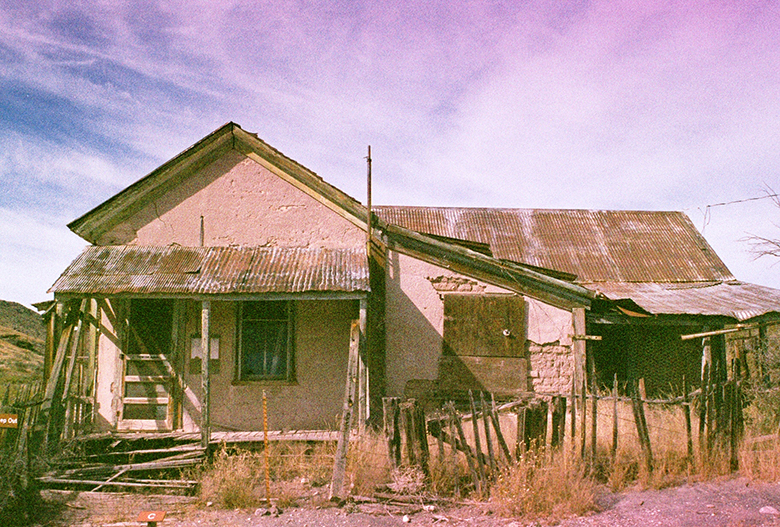 In 1908, with Lake Valley having burned in 1895 and already on its way to becoming a ghost town, a man named Oliver Wilson came to make a home. He’d built the Victorio Hotel in Kingston and refused to sell, only to have the bank finally foreclose on him. His daughter, Blanche, was nineteen and as they approached the town saw no way that she could remain in Lake Valley. In the end, she stayed until her death on March 31, 1983, running the Continental Oil distributorship for the area and fully taking the reins after her husband A. Lee Nowlin’s death in 1937. Blanche said her family disapproved of her marriage because Lee was from Texas and “Texans generally weren’t held in very good repute around here in the old days.” Blanche’s next door neighbors in the old Bella Hotel, Pedro and Savina Martinez, were the final holdouts, keeping watch over the town until 1994. Pedro had arrived in Lake Valley in 1904 at the age of two and spent 90 years there.

(Mrs. Nowlin’s home is in the photos above and below. Her name can still be made out on the screen door.) 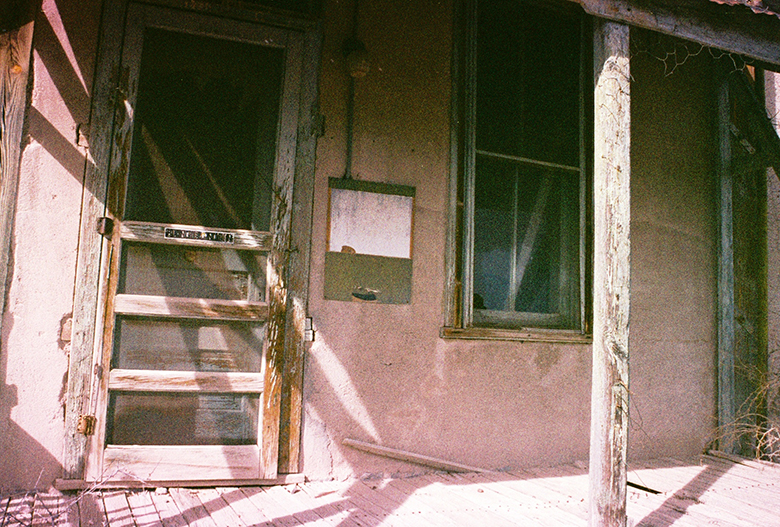 So why would anyone live nearly alone in a ghost town? Blanche Nowlin said, “It’s so peaceful, you know. It’s wonderful to wake up in the middle of the night and hear the silence. This is where all my memories are,” she continued. “There are seven graves over there on that hillside that I can’t leave.” Now she rests amongst them herself.

Much of the background on the cast of characters in Lake Valley came from Haunted Highways by Ralph Looney. Varney’s New Mexico’s Best Ghost Towns and Julyan’s The Place Names of NM were also useful, of course. The BLM now operates and oversees Lake Valley and their website also came in handy. I highly recommend a visit soon. Woefully expired “Top Crest” brand 35mm film provided Lake Valley with a violet cast. 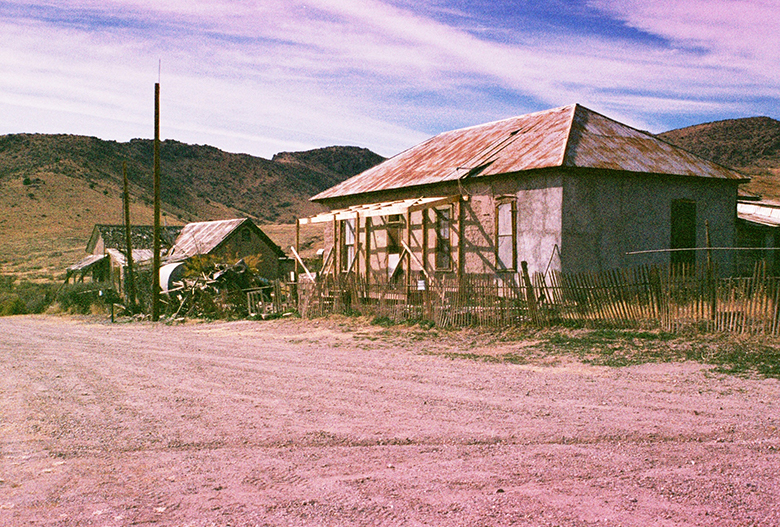 This article originally appeared on the City of Dust blog.