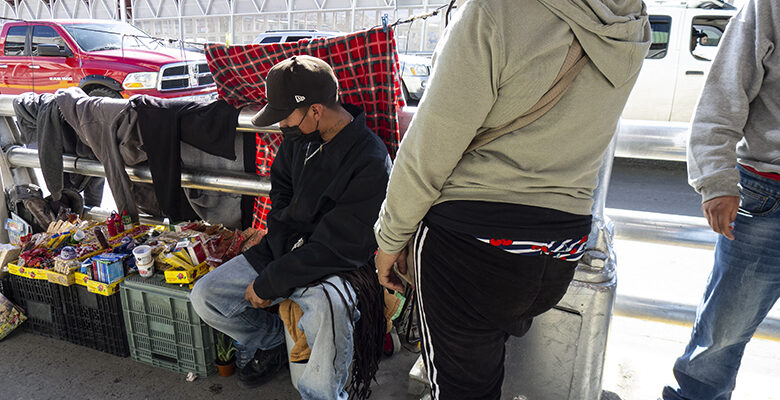 Walking across the Santa Fe Street bridge in the old days, like pre-pandemic, sometimes you’d have to stop to let the apprehended Mexicans cross back over. They’d always be escorted by agents of the Mexican National Migration Institute, the INM. A long line would trudge up the sidewalk, upstream to the pedestrians crossing into the U.S.

But the INM has apparently washed their hands of the whole matter. Now, Mexicans being repatriated are dropped of at the top of the bridge by a couple of U.S. Border Patrol officers.

I guess they’ve been processed in the U.S., whatever that entails. Fingerprints, probably, and bologna sandwiches, and holding cells.

Part of the new indignity is now the Mexicans are repatriated without shoelaces.

The cops don’t let you have shoelaces in jail. You might hang yourself, or strangle someone else.

So some plucky entrepreneurs are selling shoelaces to these newly repatriated emigrants on the south side of the Santa Fe Street bridge.

We get by. We survive like flowers growing up through the cracks in the sidewalk.