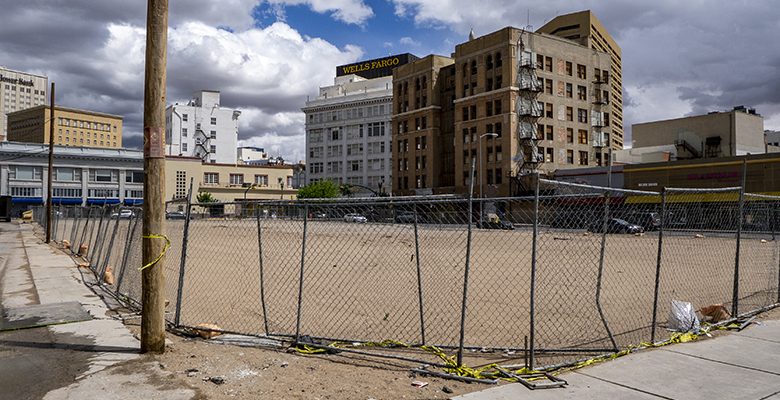 Yesterday I walked that downtown area that the Downtown Management District is offering up for brownfield assessment.

The tract is bordered by El Paso Street to the west, Kansas to the east, Mills to the north, and Paisano to the south.

As you might expect for downtown, just about all of that land is covered, by asphalt and cement and buildings. There’s not a lot of open land anyone could remediate, or even assess.

Except. Except that newly created vacant lot, at the corner of Overland and Mesa, smack dab in the middle of the proposed assessment district. Half that lot is covered by eight feet of new dirt. (The former Asarco site is only covered by five feet of new dirt.) The other half of that vacant lot was populated by old buildings until River Oaks knocked them down in 2014. Paul Foster owns that whole parcel now.

If I were cynical or had been watching the machinations of local government for the last ten years, I would bet that the endgame goal of this EPA brownfield assessment gambit benefits Don Pablo, and the Downtown Management District is just Mr. Foster’s good dog.

I mean, it’s not like they’re doing it for us, or the environment, or anything.