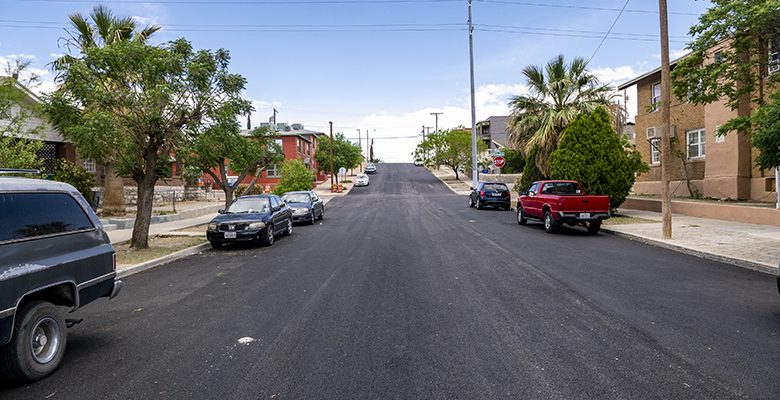 This week I published a post critical of the El Paso Times coverage of an EPISD District 3 candidate.

You can read that piece here.

On Sunday, the El Paso Times published an extensive article about the school district races, and all my criticisms were overcome.

(Curiously, the story is not readily visible on the El Paso Times website, maybe because the piece contains the names of campaign contributors whose names shall not be denigrated.)

I’m sure that story was in the pipes before I hit the Publish button on El Chuqueño. So if I was too hard on El Paso’s English language daily, I apologize.

In other news, the City of El Paso paved the street in front of my house this weekend.

I’ve lived here about 30 years, and all we ever got was an occasional patch. Till now.

Thank you, City of El Paso.

The only problem is that about a half an hour after they loaded the heavy machinery onto the carriers, those nice people at El Paso Disposal came by to unload the dumpster across the street from my house, and their truck left these little divots in the fresh asphalt, that will no doubt become lunar craters in the next couple of years.