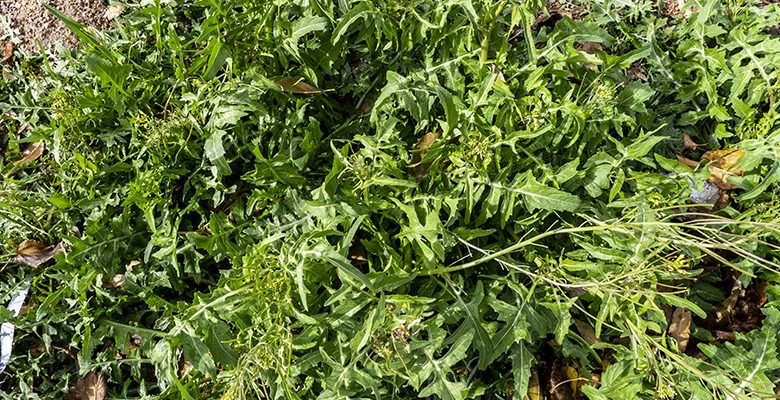 This article originally appeared on 11 January 2016. It has been lightly edited.

If you live in El Paso, you probably have London Rocket growing in your yard right now. I guarantee that there’s some growing within a half a block.

London Rocket is everywhere. Some people call it, not incorrectly, Wild Mustard. With all the rain lately, we’re facing a bumper crop. The leaves look a lot like arugula, which also sometimes adopts the nom de guerre of Rocket. London Rocket is bitter like an ex-wife. Rocket is too bitter for a whole salad, but you can throw a few leaves in your store-bought Spring Mix for some kick. And then you’re more bitchin’. Tell your dinner guests you picked the salad, “or at least some of it,” from the neighborhood.

But good golly, wash that Rocket. Your neighbor’s dog may have peed on it. (But at least he’s probably well-hydrated, and hasn’t been pounding tequila and Diet Coke all day, like some people I know. Andrew.)