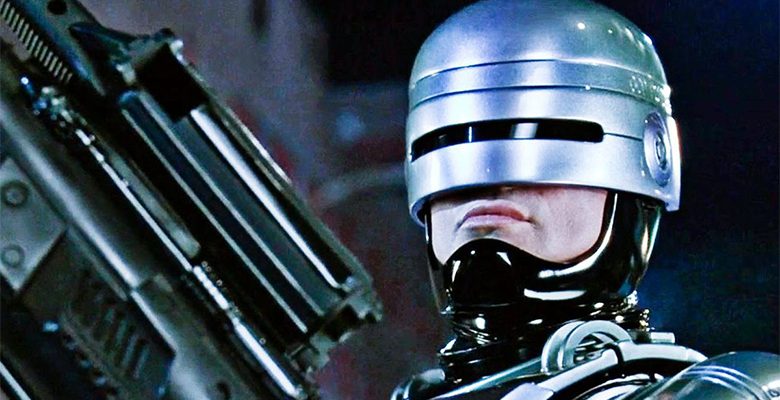 By now you’ve seen the El Paso Police Officer draw his weapon on those kids on the southside. In case you’ve been stuck in a cave in Thailand, here’s the raw footage from YouTube:

Obviously those kids are disrespectful. But they must be frustrated with their dealings with the police.

So far the video has appeared on the CNN, NBC, ABC, People, the Houston Chronicle, the Dallas Morning News, the New York Daily News, and the IndependentUK websites, and a lot of other local news stations around the world.

Remember, back in 2013, El Paso Police Officer Jose Flores shot and killed handcuffed prisoner Daniel Saenz in the sallyport of the El Paso County Jail. After initially being fired, Officer Flores was reinstated and is currently, as far as has been reported, back on the force.

Here’s what that guy from the Young Turks had to say about the latest incident:

I think the problems originate from the military-style discipline employed by our (and most of the country’s) police departments. Under this arrangement, the police commanders expect perfect compliance with orders in a rigid hierarchical structure.

When it filters down to the cops on the street, they expect similar compliance from the citizens.

See, the cops outrank the citizens. And the cops have guns and tasers and pepper spray and a police union to protect them. All the people have to protect themselves are video cameras.

Of course, the police could have video cameras, too, but police officers and their union representatives argued against it last December when former El Paso policeman and current City Representative Henry Rivera proposed state-funded body cameras for the police. From the El Paso Times:

But El Paso Police Department and police union leaders are pushing back against a proposal that would require officers to wear body cameras, saying other funding priorities and policy and privacy concerns must first be addressed.

They say they are not opposed to the cameras, but that the city shouldn’t rush into acquiring them without first studying how to pay for them and how to implement and manage them in the long term.

Of course, it doesn’t have to be this way, with the police and the citizens in an adversarial position. Read this story from the New Yorker, about CIA officer Patrick Skinner who came home from Afghanistan, Jordan, and Iraq, to become a beat cop in Savannah, Georgia.

[While he was in the mid-east,] American police forces were adopting some of the militarized tactics that Skinner had seen give rise to insurgencies abroad. “We have to stop treating people like we’re in Fallujah,” he told me. “It doesn’t work. Just look what happened in Fallujah.” In time, he came to believe that the most meaningful application of his training and expertise—the only way to exemplify his beliefs about American security, at home and abroad—was to become a community police officer in Savannah, where he grew up.

At Georgia’s state police-training facilities, the focus is “all tactics and law,” Skinner told me. Officers are taught that “once you give a lawful order it has to be followed—and that means immediately.” But the recipient of a “lawful order” may not understand why it’s being issued, or that his or her failure to comply may lead to the use of force. There’s no training on how to de-escalate tense scenarios in which no crime has been committed, even though the majority of police calls fall into that category. It is up to the officer’s discretion to shape these interactions, and the most straightforward option is to order belligerent people to the ground and, if they resist, tackle them and put them in cuffs.

“This is how situations go so, so badly—yet justifiably, legally,” Skinner said. Police officers often encounter people during the worst moments of their lives, and Skinner believes that his role is partly to resolve trouble and partly to prevent people from crossing the line from what he calls “near-crime” into “actual crime.” The goal, he said, is “to slow things down, using the power of human interaction more than the power of the state.”

El Paso is proud to trot out its bona fides as one of the safest cities in the United States. Yet the image we project to the rest of the country is of a police force so afraid of its citizens that gunplay is routine. So few citizens participate in elections that the voting power of the police bloc is feared by politicians. So that when Officer Jose Flores shot a handcuffed prisoner in the sallyport of the County Jail, no politician raised his voice. Not the County Judge, in front of whose facility the shooting took place. Not the Mayor or City Manager or City Representatives, who ostensibly oversee the police department. Not even the District Attorney, who failed to secure an indictment against the police officer, even though the whole event was captured on security video.

We have to fix this. This isn’t just the Police Department’s failure. This is a societal breakdown.

We have to fix this.