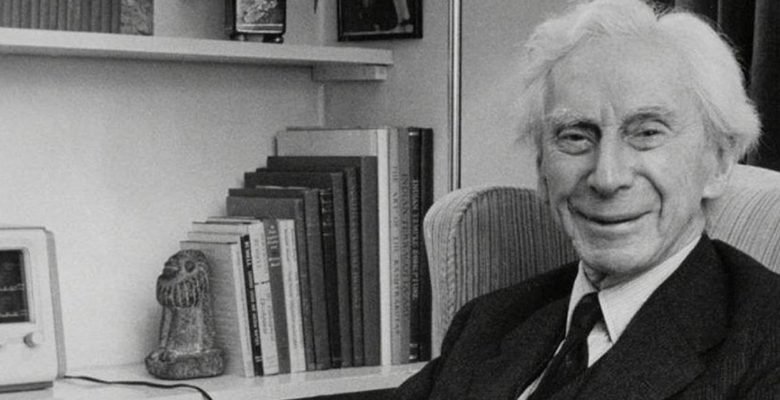 Sometimes, when me and my friends are passing around the plastic flask of Old Forrester, the conversation turns to the way the wheels are running the city.

What are they thinking, we ask each other? Do they have a plan? Are they just trying to make money? More money? Don’t they have enough money already? More than they could spend in ten lifetimes, even if they live to be 110?

Also, could they live to be 110? Are they replacing their old. worn out, organs, with organs they steal from 14-year-old virgins?

Well, Bertrand Russell might have the answer. Not to those last two questions, but maybe to the first set.

Man differs from other animals in one very important respect, and that is that he has some desires which are, so to speak, infinite, which can never be fully gratified, and which would keep him restless even in Paradise. The boa constrictor, when he has had an adequate meal, goes to sleep, and does not wake until he needs another meal. Human beings, for the most part, are not like this.

Acquisitiveness — the wish to possess as much as possible of goods, or the title to goods — is a motive which, I suppose, has its origin in a combination of fear with the desire for necessaries. I once befriended two little girls from Estonia, who had narrowly escaped death from starvation in a famine. They lived in my family, and of course had plenty to eat. But they spent all their leisure visiting neighbouring farms and stealing potatoes, which they hoarded. Rockefeller, who in his infancy had experienced great poverty, spent his adult life in a similar manner.

However much you may acquire, you will always wish to acquire more; satiety is a dream which will always elude you.

The world would be a happier place than it is if acquisitiveness were always stronger than rivalry. But in fact, a great many men will cheerfully face impoverishment if they can thereby secure complete ruin for their rivals. Hence the present level of taxation.

Vanity is a motive of immense potency. Anyone who has much to do with children knows how they are constantly performing some antic, and saying “Look at me.” “Look at me” is one of the most fundamental desires of the human heart. It can take innumerable forms, from buffoonery to the pursuit of posthumous fame.

It is scarcely possible to exaggerate the influence of vanity throughout the range of human life, from the child of three to the potentate at whose frown the world trembles.

Love of power is closely akin to vanity, but it is not by any means the same thing. What vanity needs for its satisfaction is glory, and it is easy to have glory without power… Many people prefer glory to power, but on the whole these people have less effect upon the course of events than those who prefer power to glory… Power, like vanity, is insatiable. Nothing short of omnipotence could satisfy it completely. And as it is especially the vice of energetic men, the causal efficacy of love of power is out of all proportion to its frequency. It is, indeed, by far the strongest motive in the lives of important men.

Love of power is greatly increased by the experience of power, and this applies to petty power as well as to that of potentates.

In any autocratic regime, the holders of power become increasingly tyrannical with experience of the delights that power can afford. Since power over human beings is shown in making them do what they would rather not do, the man who is actuated by love of power is more apt to inflict pain than to permit pleasure.

It would be a complete mistake to decry love of power altogether as a motive. Whether you will be led by this motive to actions which are useful, or to actions which are pernicious, depends upon the social system, and upon your capacities. If your capacities are theoretical or technical, you will contribute to knowledge or technique, and, as a rule, your activity will be useful. If you are a politician you may be actuated by love of power, but as a rule this motive will join itself on to the desire to see some state of affairs realized which, for some reason, you prefer to the status quo.

I lifted those quotes from an article on BrainPickings.com. Neither the author, nor Bertrand Russell, ever sit around with us good old boys, passing around that plastic flask of Old Forrester.