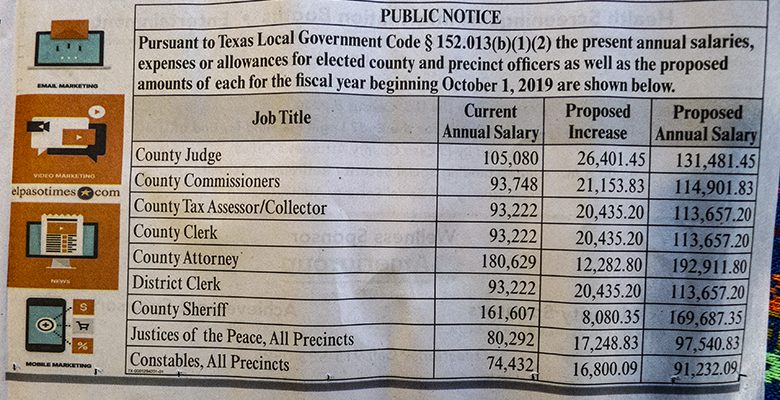 Apparently our elected officials of the County Commissioners Court are giving themselves about a twenty percent raise next year.

This Public Notice (above) appeared in the August 20 print edition of the El Paso Times.

I guess the County Commissioners figured that no one reads the print edition of the El Paso Times, so they’d be safe.

Of course, our elected officials need that money to keep up with their ever-increasing property taxes.