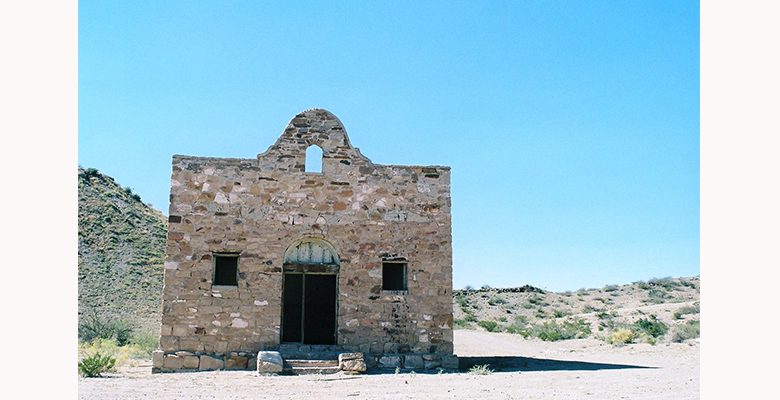 A Town With Two Names 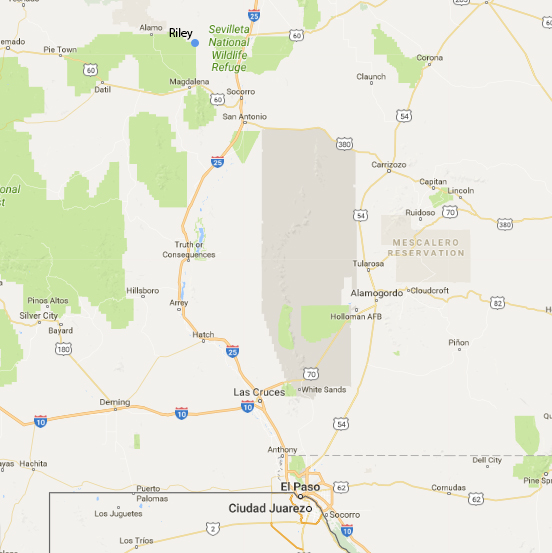 While the Man with No Name might feel right at home in the ghost town of Riley, he and the town might not fully understand each other. That’s because, unlike Sergio Leone’s laconic anti-hero, Riley has two names. Even though the isolated enclave along the oft-dry banks of the Rio Salado was already known as Riley when the post office opened in 1890, many old timers still refer to it by its original name of Santa Rita, bestowed in 1880 when it was a small colony of homesteaded farms established by Mexican-Americans. Riley, it turns out, was the name of a local sheep ranch owner. Maybe there was some sort of naming conflict amongst various livestock factions. 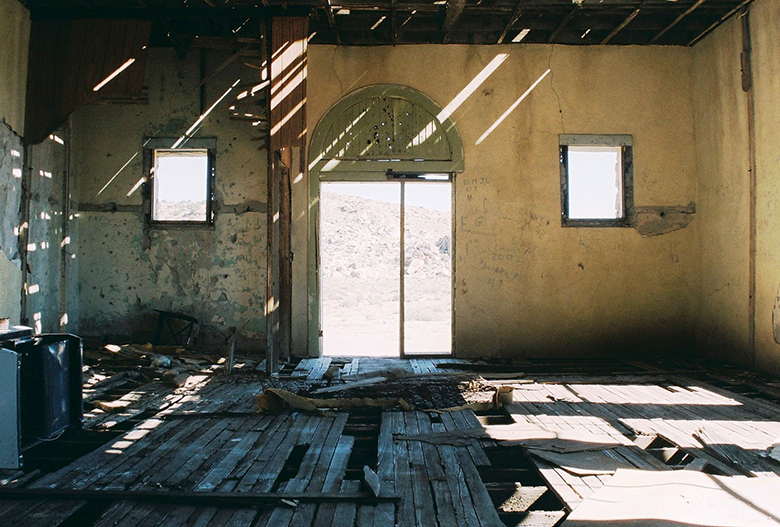 As with any New Mexican ghost town worth its salero, Riley was once a hotbed of mining activity with four active mines pulling coal and manganese out of the dry and dusty earth. By 1897, about 150 people lived in Riley and there were two stores and a stone school (pictured in the two shots above).

While, as has happened to so many ghost towns, the mines eventually did stop paying out, it wasn’t that which ultimately caused Riley’s demise. In fact, the water table dropped due to drought and overgrazing, rendering irrigation tough and farming a losing proposition. Without mining and farming, there wasn’t much else to keep a body busy. In 1931, after 41 years, the post office closed up and that was the end of Riley. Almost. 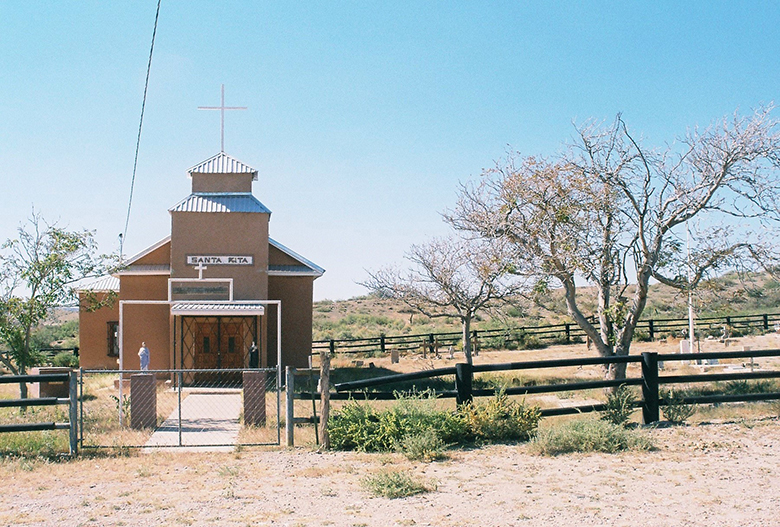 You see, there is one building that is carefully maintained in Riley: the Santa Rita Church (shown above). Each year on May 22, the Feast Day of Santa Rita, those with ties to the old community come back together and a priest says Mass at the little church. There is a picnic afterward. It must really be something to be a part of. Of course, even at its most bustling the priest only stopped in Riley once every four months.

Riley can be accessed by gravel roads from either the north or south. From the north, you can start at the non-existent town of Bernardo and loop way out around Ladron (i.e, “Thief”) Peak. From the south, you have to drive through the Cibola National Forest and cross the Rio Salado. Either route takes you through a vast and spectacular landscape. 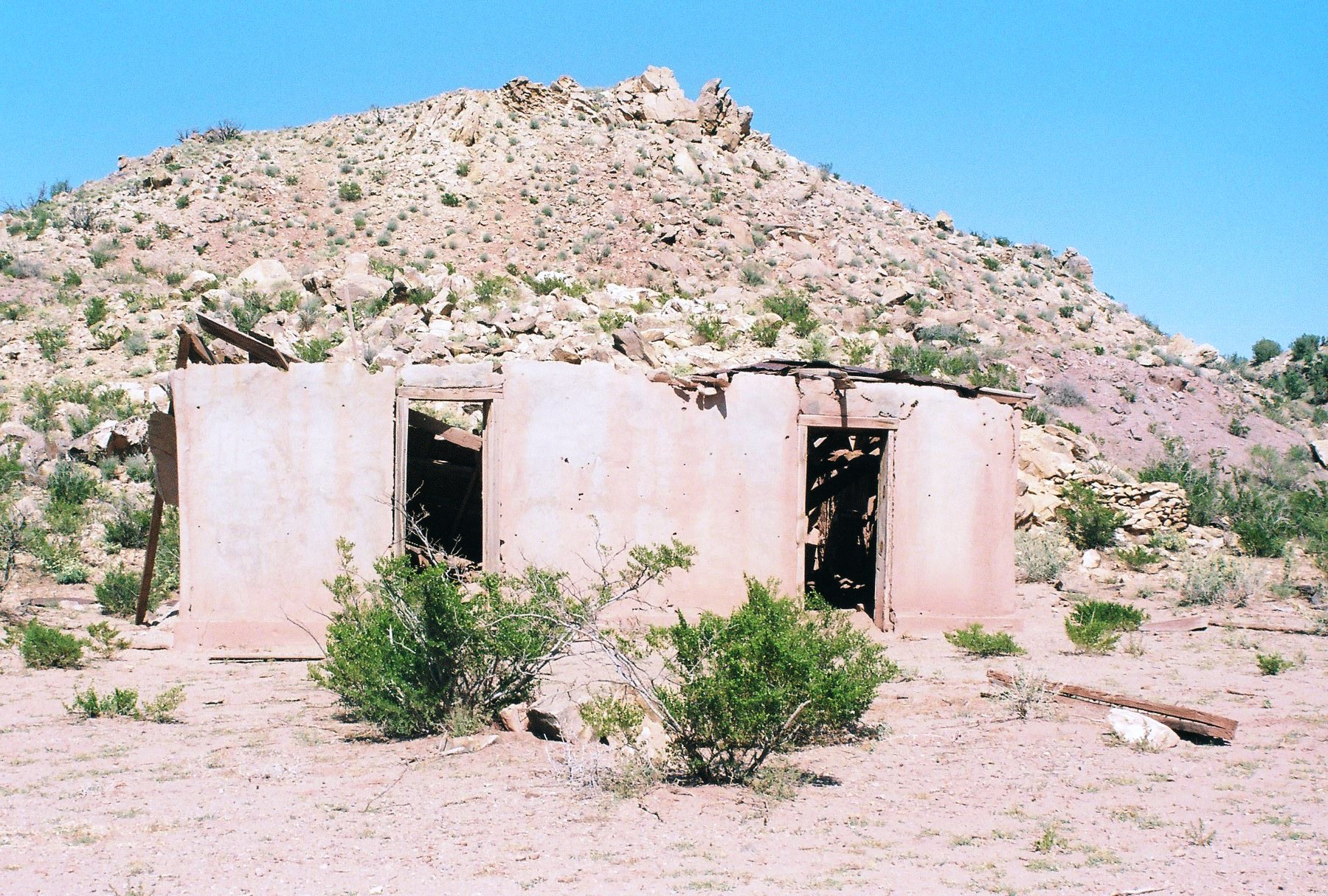 However, while it’s often said that this drive is “easy” by New Mexican off-road standards, both times I’ve been through were touch and go. The first time the Rio Salado was almost uncrossable, not because it was running, but because the north bank had collapsed. This last time would’ve actually been impossible, but following a torrential monsoon the Army Corps of Engineers had just been through and re-graded the whole stretch for us. How nice of them!

I scavenged both Philip Varney and Linda Harris for this one. Varney mentions “five roofless adobes” in his piece on Riley. You’d be hard-pressed to find that many now, but the shot above does show one of the last hold-outs, still sans roof. Below is the view of Riley from the southern approach. 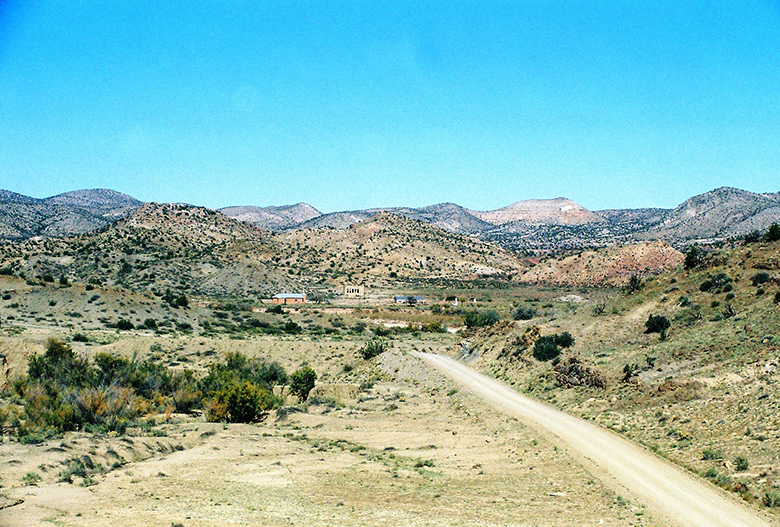