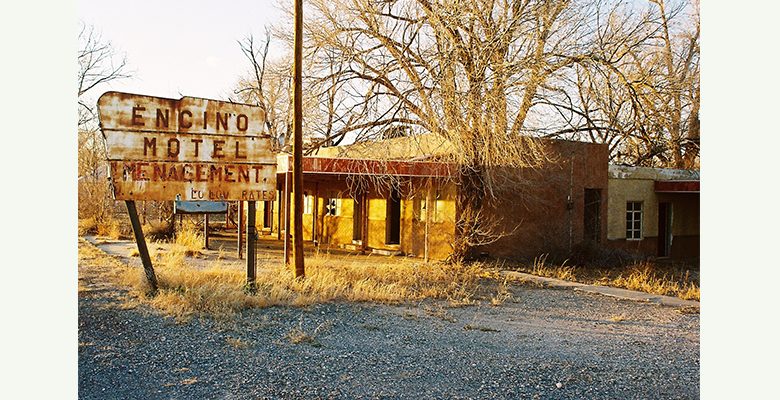 I spend a lot of time on US Highway 60. Not only do I travel the road for work, but I often explore its lonelier byways on my days off. Highway 60 once crossed the entire country and in New Mexico these two lanes of blacktop run through the central part of the state, from Texico to Quemado. 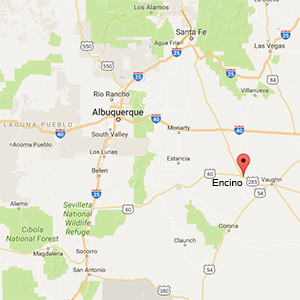 US-60 essentially parallels I-40, but it’s usually at least 50 miles south and will take you maybe 5 times longer to travel. Sounds good to me!

If you drop “Encino” into your Google search engine about all you’re going to learn is that the population was 94 in 2000 and the town encompasses all of 2.0 square miles. Luckily, Dixie Boyle apparently likes Highway 60 as much as I do because she wrote an entire book about the New Mexican portion. Aside from the above facts, which are straight from Wikipedia, everything else in this post is from “Highway 60 & the Belen Cutoff: A Brief History.” Thanks, Ms. Boyle! 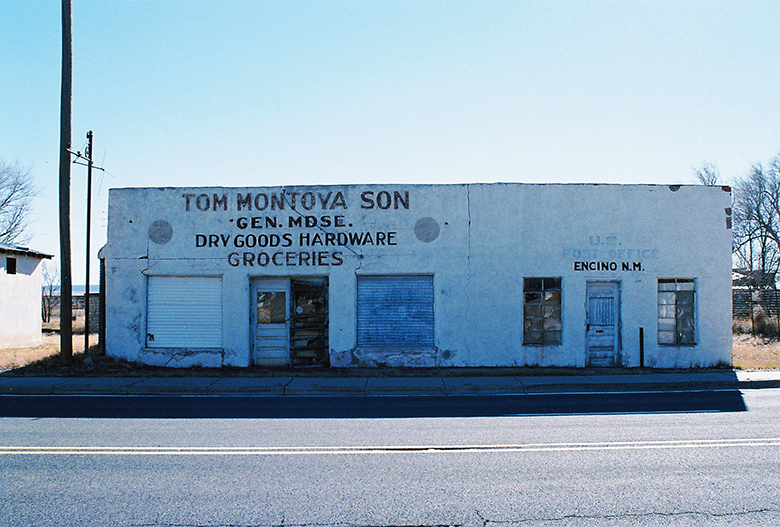 The name Encino, which means “oak” in Spanish, was derived from the scrubby trees that once covered the central plains of New Mexico. As is so often the case, Encino’s location can be traced back to a spring, long a well-known stop for thirsty travelers. Prior to 1900, something like a fort was built nearby to accommodate the dusty and weary for an evening or two.

Bonnie Salas was the first to homestead the land that would become Encino and, at that time, the few people in the area were mostly raising sheep or cattle on a fairly large scale. In 1905, the railroad announced plans to establish a depot in Encino and people took notice. This was another common story out on the plains, and one that usually ended similarly, as we’ll see. 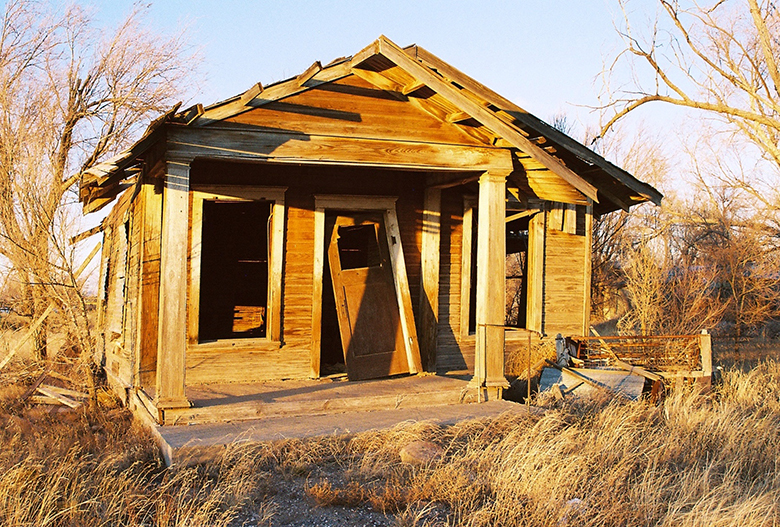 The Bond family bought 40 acres from Bonnie Salas, some of which they’d soon sell to the Atchison, Topeka, and Santa Fe Railway for the depot. That same year they also built the B.G. Bond Mercantile, which doubled as the depot for a bit and remained the only store in Encino until A.R. Cecil established a lumber company in 1908.

Encino’s post office opened in 1904 and both a Protestant and Catholic Church were built in the town, at least one of which doubled as a school. In 1910, the Encino Progress newspaper was founded and quickly went out of business. The Encino Enterprise gave the newspaper trade another shot in the 1920’s and managed to hold on for about a decade. Somewhere in there William’s Mercantile was built along Railroad Street and was later moved to abut Highway 60. Unfortunately, I arrived just a few years too late to photograph the long-vacant store. 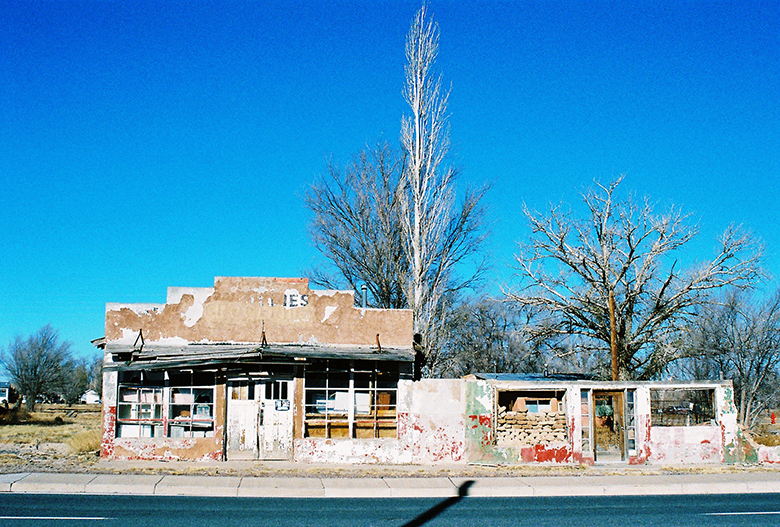 The best known citizen of Encino is undoubtedly R.C. Dillon, elected the eighth Governor of New Mexico in 1927. While Governor Dillon was born in St. Louis and moved to Springer, NM when he was 12, he later worked at B.G. Bond’s Mercantile and eventually opened his own store, R.C. Dillon & Company. The building is said to still be standing and recognizable by its faded sign. But for some reason I didn’t see it. Maybe it, too, is now gone.

Dillon served two two-year terms and would sometimes have political friends over for dinner at his home in Encino. The Governor was also a big proponent of paving roads. Not a surprising interest to have given the muddy, bumpy tracks he would’ve had to travel. Highway 60 was originally a wagon route and it wasn’t until 1918 that it began to see some initial truck traffic. Even once cars became relatively popular, horse and buggy was often still the faster way to travel the area. While US Highway 60 was officially designated in 1926, parts of the route in New Mexico actually remained unpaved into the 1950’s. 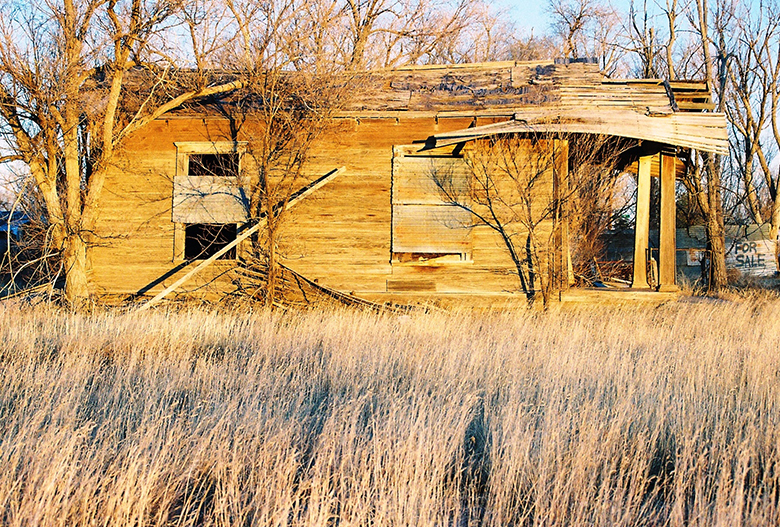 In 1965, Encino’s railroad depot closed and few small towns could weather that blow unscathed. The high school closed in 1982 and many of the town’s adobe buildings are now melting back into the earth. However, it’s said that the old Works Progress Administration-built gymnasium still contains the southwestern-themed murals of Hallie Williams, which she painted for $20 a pop between 1939 and 1942. On my next trip through I may need to see if I can track those down. Can anybody confirm that they’re still there?

So, that’s about all I know about Encino. If you’ve got stories or recollections to pass along, please do! Clearly, much of Encino’s history is fading fast. 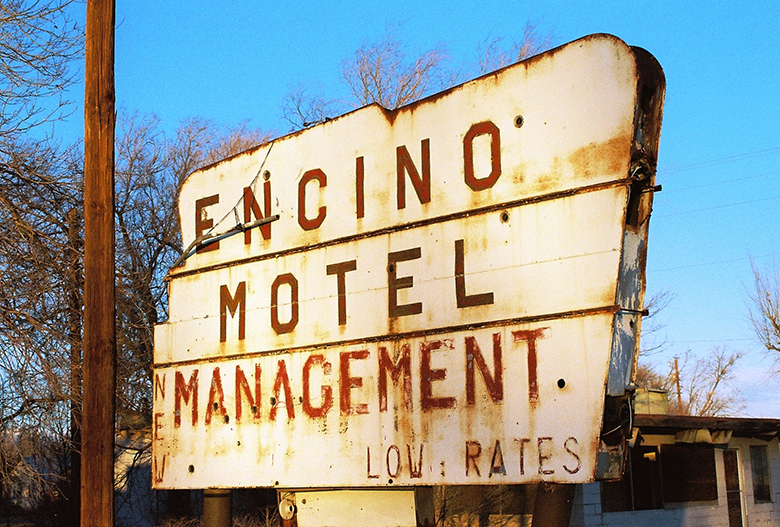 This article originally appeared on the City of Dust website.