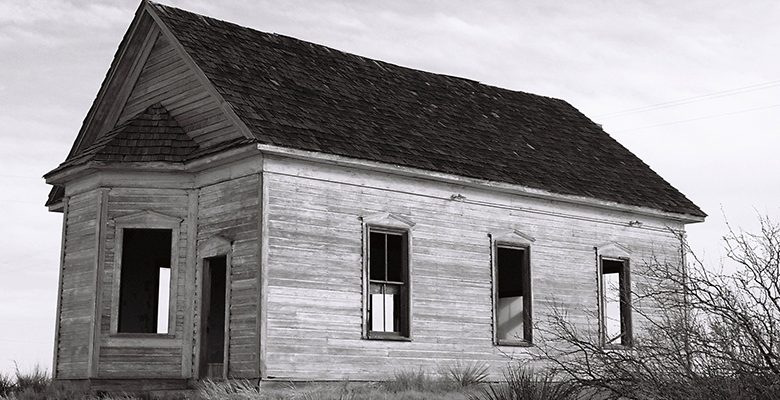 Whiskey and the Devil

Taiban is known for its old Presbyterian Church, a lonely, gutted house of worship visited by photographers and the traveling faithful. The church, once part of a neighborhood which included homes, businesses, and the two-story Taiban High School, now sits by itself out on the prairie. Not a single business remains in Taiban. But it was not always this way.

Taiban was named for a nearby creek. The source of Taiban Creek was Taiban Spring, originally known as Brazil Spring after a Portugese immigrant, Manuel Brazil, who arrived in 1871, the first recorded settler in the area. The meaning of the word “Taiban” is obscure, although it’s thought it might be a Navajo or Comanche word for “horsetail,” a reference either to a local plant or to three small tributaries that flowed into the creek. It’s said that Billy the Kid watered his horse at Taiban Spring. 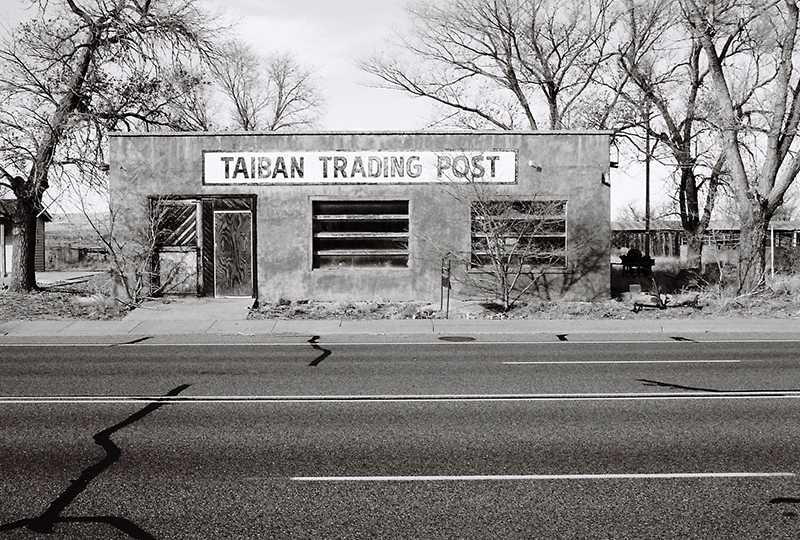 Taiban owed its existence to the railroad. Taiban was founded in 1906, when the Belen Cut-off was laid across the eastern plains of New Mexico, re-directing rail traffic from the mountainous north. A school was built and contracts were drawn for the construction of fifty homes. By 1907, there was a bank and a hotel. In 1908, the Atchison, Topeka, and Santa Fe Railroad began actively encouraging settlement of the region. Over 1,300 trains passed through the plains bringing homesteaders from across the country. But the vast majority of emigrants did not settle in Taiban and, in 1909, the town’s population peaked at 400 residents. These were mostly farmers and sheepherders, already veterans of conflict with both the landscape and established ranching interests. 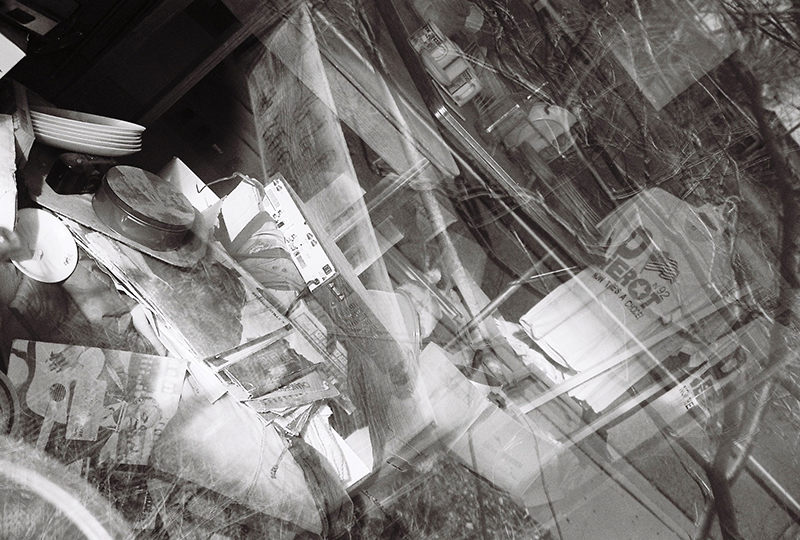 In the fall of 1908, construction began on the First Presbyterian Church of Taiban. It was completed on December 22, 1908 at a cost of $250, less than $100 of which could be covered by the congregation, necessitating loans from the ladies of the Baptist Church, as well as the Taiban Savings Bank. The first sermon, given by Reverend John R. Gass, was sparsely attended due to cold weather.

Shortly after Taiban was founded a heated controversy erupted over the construction of The Pink Pony Saloon and Dancehall, which, in addition to selling alcohol, was to hold cockfights and house a snake den in its basement. Opened amidst great consternation, the Pink Pony became the only one of 40 businesses operating in Taiban in 1908 to survive into the latter part of the 1930’s. 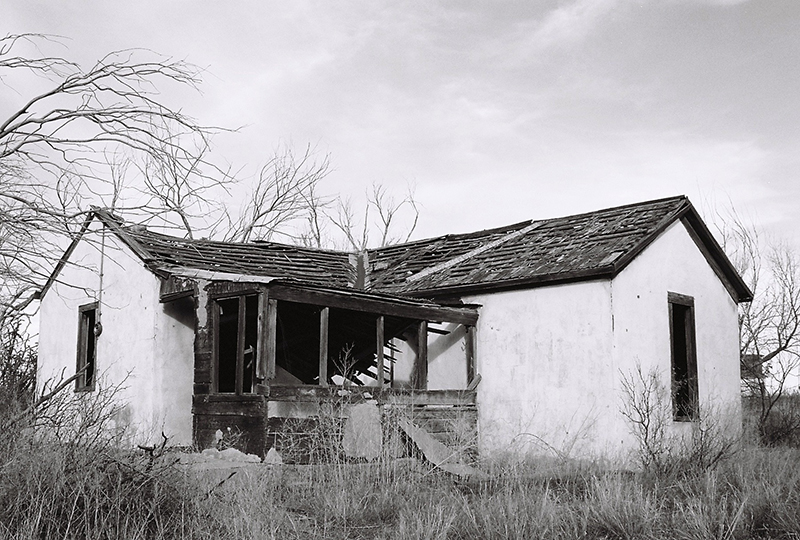 A settler, Vane Outias, describes his experience arriving in Taiban: “There we were. Piling down off the steps of the jerk-water train at Taiban, New Mexico; Pa, Ma, and the kids. After counting the suitcases, the packages, and the bundles, Ma called the roll. All were present. The bunch of us with Ma herding started for the hotel. We had come out here to file on some land: make a living farming; and when we had proved-up, sell out and go back east (rich).

“On the way to the hotel I made observations for my own particular benefit, namely, there were two places in town which would have thrown Carrie Nation into a frenzy if she had been one of our party, Watch me hurry, as I had come from a dry state. Just as soon as I could find an excuse I was admitted to the bar of the first emporium. I meant to say; when I found an excuse that the Missus would accept.” 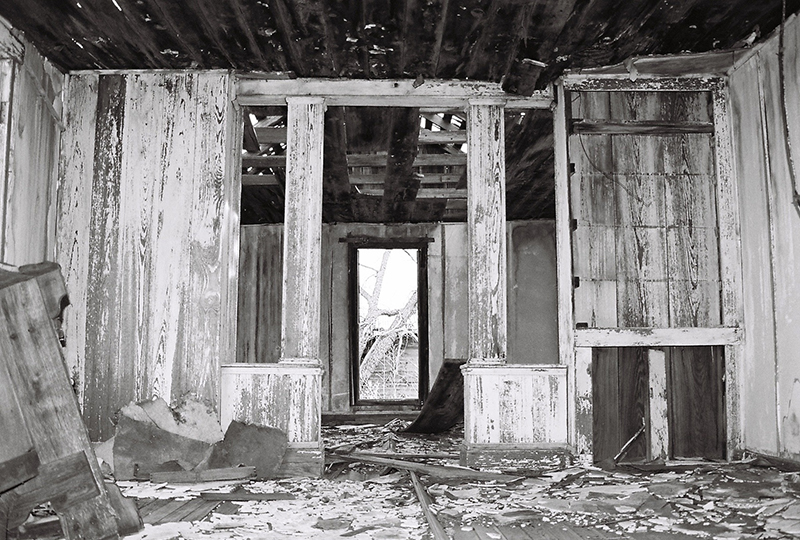 Thus alcohol and religion squared off, vying for the soul of Taiban, whose heart was being broken by the farming of an inhospitable and increasingly barren land. Some years the church won out and Taiban was dry. Other year’s, those laws were overturned and Taiban was once again wet. Into the 1930’s, as the Depression and drought deepened, families left the area. Following Prohibition, it was largely liquor that kept Taiban from blowing away entirely. For nearly all of the town’s existence the Taiban Presbyterian Church had played a vital role in the spiritual life of the community, serving Methodists and Baptists, as well, but, with congregations dwindling, the last service was held in 1936.

After WWII, only seven businesses operated in Taiban, which now had a population of 50. The bars were most successful and customers from dry counties in west Texas and Oklahoma came out for a drink. The town even had an airfield, Taiban International Airport, and the wealthy would fly in to purchase liquor. People as far away as western Oklahoma knew Taiban’s reputation as the “bootlegging capital” of eastern New Mexico and west Texas. 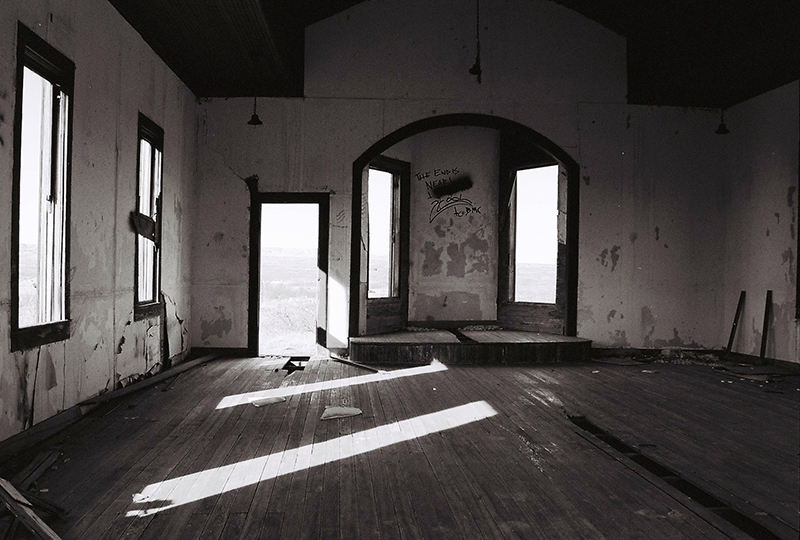 But alcohol isn’t enough to save a town that has lost all hope of real prosperity. Passenger and express train service had ceased in Taiban in 1933, the same year telegraph service was discontinued. New highways and decades of difficult-to-impossible dry farming drove nearly all the residents of Taiban elsewhere until, by 1960, only one business remained; a bar. And now there are none.

While the battle between God and alcohol played out for many years in Taiban, walking the town site now it appears there was no clear winner. The bars are all gone and turned to dust. The little church stands vacant and exposed, the bell tower removed in 1960, the baby grand piano sold, the doors and windows destroyed by vandals. So, let’s call it a draw…for now. Visitors are starting to leave prayers in the alcove of the church, behind where the old walnut pulpit used to be, so perhaps it will have a new life yet. In the meantime, if you want to see such a fight for yourself, this same battle continues to be played out in towns all across America. Maybe your town is one of them. 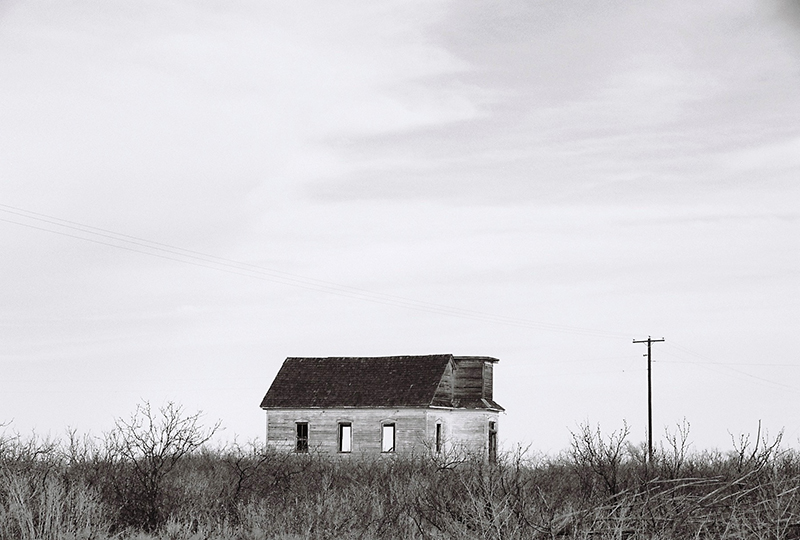 Information for this post came from Highway 60 & the Belen Cutoff, by Dixie Boyle. The great quote from Vane Outias was found at THIS De Baca County website. Oddly, although almost no internet sources recount Taiban’s history, one that does offers an incredibly detailed account. Compiled in an attempt to get the Taiban Presbyterian Church on the state Register of Cultural Properties, THIS was my major source for this post. I don’t believe the effort to get the church listed was successful. For once, Philip Varney gave me nothin’.

I’d be thrilled if anyone could confirm that there’s a Blind Willie McTell record in the window of the trading post pictured above. It’s on the opposite side of the picture from the Ross Perot shirts. It would have to be a later period photo, sometime around the “LAST SESSIONS” recording. Anyone? (MAY 2015 UPDATE: It’s not Blind Willie McTell, but his former classmate at the Georgia Academy for the Blind, Rev. Pearly Brown, shown on the cover of Wet Willie’s “Keep on Smilin'” LP. Thanks Cox family!)

This post originally appeared on City of Dust blog on January 10, 2012.