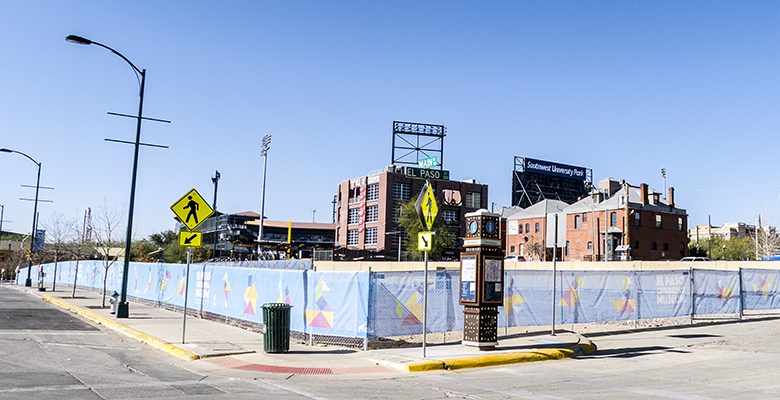 El Paso Community Foundation President Eric Pearson says the Children’s Museum is going to be an economic driver. From KVIA:

“We went and said, if we were going to do a world class museum and do it well and attract people from the region, U.S., Juarez and Chihuahua and Mexico City to come to this museum and enjoy themselves and make it a real economic driver what do we have to spend? And that’s what we came up with.”

Nobody takes their kids on vacation to see a Children’s Museum. They take them to Disneyland. Camping. Skiing. To visit relatives.

The Kids Vacation industry is huge. They spend a lot of money on advertising. El Paso doesn’t have a chance of chipping into that market.

We might be able to draw daytrippers from Van Horn (if we do, San Jacinto Plaza will knock their socks off), but no one will plan their vacations around a trip to the El Paso Children’s Museum. Mexico City, Juarez, and Chihuahua already have world class children’s museums. Albuquerque had a zoo, aquarium, bug-a-torium, a children’s museum, and that wacky funhouse that Geroge R.R. Martin, et al, built in an old bowling alley. [Correction: Meowolf is actually in Santa Fe, an easy light rail trip from Albuquerque.] If you’re going to take your kids on a science theme vacation, are you going to El Paso, or Albuquerque?

If the El Paso Children’s Museum has any effect on El Paso’s economy, that effect will be lower profits at the other children’s entertainment centers in El Paso, like Adventure Zone, and Jungle Jaks, and children’s programs at the museums. And maybe some of those businesses will fail, and those citizens may move away, and the rest of us will be further burdened by higher taxes and fewer options.

So let’s skip the argument that the El Paso Children’s Museum will be an economic driver for anyone but downtown real estate speculators and the private partners of public/private partnerships.