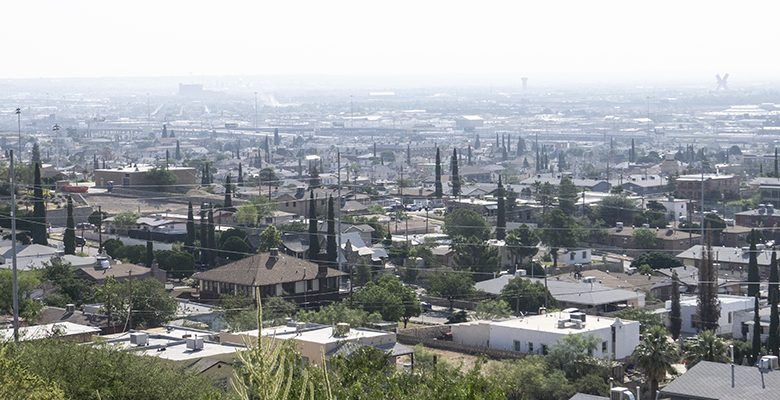 Here’s an op-ed from Morten Naess in the El Paso Times:

A recent review article in the distinguished New England Journal of Medicine makes clear that exposure to micro-particles and toxic gases, at any level and even for short periods, increases the incidence of high blood pressure, diabetes, strokes, heart attacks, and deaths. Years ago, El Pasoans were surprised to learn that lead spewed by the ASARCO plant damaged our children’s intellectual and neurological development. Years later, numerous studies show that El Paso children exposed to vehicular air pollution suffer academically and show decreased lung function.

So why is PDNHF risking more pollution in El Paso by pushing for a deck plaza Downtown?

The El Paso Chamber of Commerce is promoting the idea on behalf of downtown developers, the Texas Department of Transportation (TxDOT), politicians, and PDNHF.

But what PDNHF doesn’t say is that a deck park over I-10 would be a devil’s bargain for community health. That’s because it would require massive, very expensive posts to hold it up. TXDoT is tying the building and financing of those posts, which would support just a few blocks of deck, to widening I-10 and adding frontage roads for six miles. But a widened I-10 means more cars and trucks, with their risk of producing pollution.

Some promoters of widening argue that pollution will go down because stop-start traffic emits the most poison, and a roomier highway will decrease traffic jams. But there are virtually no traffic jams on the six-mile segment of I-10. And even if there were, promoters ignore studies showing that within a few years after highways are enlarged, they fill up again, with more traffic, traffic jams, and pollution.

Any future traffic jams will be alleviated by the Borderland Expressway, which will divert through traffic around the city via the Anthony Gap.

But none of our traffic experts or politicians want to talk about the Borderland Expressway. They’re all dead set on a deck park we the taxpayers will end up paying for, one way or another.

And, as Dr. Naess points out, we won’t just be paying with our checkbooks.

We’ll also be paying with our health.