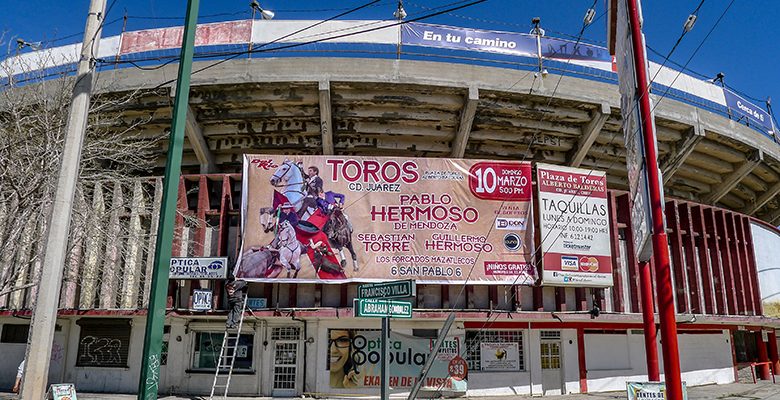 Down below El Paso lies Juarez
Mexico is different, like the travel folder says

And this weekend is a spectacularly brutal brutal spectacle.

I’m talking about a bullfight, but this weekend, it’s a special bullfight.

Three rejoneadores will fight the bulls from the backs of their little Arabian ponies.

Pablo Hermoso de Mendoza is widely considered to be the best rejoneador in the world, and he’ll be joined by his son Guillermo Hermoso, and Sebastian Torre.

Also Los Forcados Mazatlecos, these crazy guys who take on the bull barehanded.

Even though there’s eight Forcados, it’s more or less a fair fight.

If you’ve always wanted to see a traditional bullfight, this ain’t it. But if you’d like to witness a spectacularly brutal brutal spectacle, this might be the one for you.

All the action takes place at 5 pm at the Alberto Balderas Plaza de Toros in downtown Juarez, across the Paso del Norte bridge. Walk down Avenida Juarez and turn left right before you get to the giant mural of Juan Gabriel.