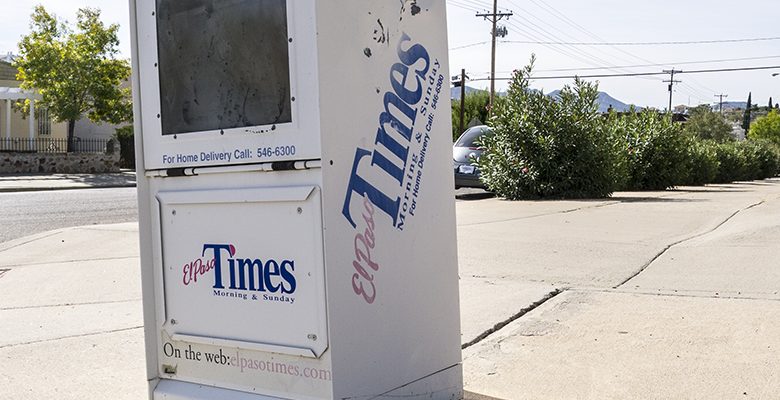 DavidK laments what he perceives as bias in the El Paso Times coverage of the local political scene, in this post on his RefuestheJuice blog.

Personally, I think the local print media is a little too cozy with the existing power structure. Remember how the El Paso Inc. erased this story from Google search results?

The story is back, now, but that doesn’t negate the fact that it disappeared in the first place.

I can understand our local media’s reluctance to bite the hands of their advertisers. Dead tree media is dying because more readers are getting their news from the intertube. But in El Paso, the print media, and their online counterparts, still hold major sway with the citizens.

“The job of the newspaper is to comfort the afflicted and afflict the comfortable.”

Chicago Evening Post journalist and humorist Finley Peter Dunne put those words, or something like them, in the mouth of a fictional 19th century Irish bartender named Mr. Dooley.

That tenet may lead to a greater public good, but that’s not the only reason that our local media should adopt that policy.

They should adopt it because it’s good business.

I suspect that local government may be the one of the El Paso Times biggest advertisers, because of the legal notices they are required to publish. And the City could take their business over to The Inc. if they didn’t like the coverage they were getting from the Times.

Likewise, the Inc. gets lots of advertising from our local community trusts, who, in turn, are affiliated with the existing power structure.

Both of those papers could benefit by putting a little squeeze on the local movers and shakers. The media wouldn’t necessarily have to cut them, but the rags could at least show them the knife. Additionally, the community would benefit by having strong, independent, media keeping an eye on the entrenched operators.

The wall between editorial and advertising is supposed to be inviolable, but principles are for the guy that doesn’t have to put food on his family’s table.

But remember: The dog that never barks never gets fed.