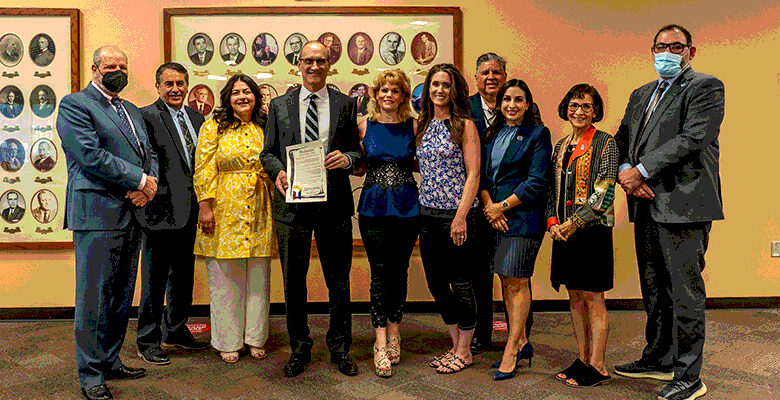 You’ll remember that back in May, Col. (Ret.) Cary Westin retired from his position as Deputy City Manager for the City of El Paso.

To refresh your memory, here’s a May 11, 2022 KFOX14.com report on the Colonel’s (Ret.) retirement announcement:

The Senior Deputy City Manager for the City of El Paso, Colonel (Ret) Cary Westin, will be retiring.

The announcement was made at Tuesday’s city council meeting.

Westin joined the City of El Paso in 2014 and currently overlooks the city’s economic development and tourism departments.

“Cary has been by far one of the most influential people in my career,” said City Manager Tommy Gonzalez.

“It’s been an honor to work alongside him. I have challenged him to do more than is imaginable and certainly what at times has to have been uncomfortable, but Cary always, always took the guidance, and came back with results each time.”

Gonzalez said he convinced Westin to still work with the City of El Paso on a limited basis.

The emphasis is obviously mine.

I wondered how persuasive Mr. Gonzalez could be, so yesterday I filed a Public Information Act request for an “Employment agreement or contract between the City of El Paso and Col. (Ret.) Cary Westin.”

Today I got a response from the City. They should be commended on the fast turnaround.

Here’s what appears to be Col. (Ret.) Westin’s latest employment agreement dated May 25, 2022, fifteen days after his retirement was announced to City Council.

Your salary and benefits will be updated effective May 22, 2022 as follows:

The remainder of your benefits will remain as outlined in your most recent job offer or salary update letter.

Thank you for your continued contributions as a strategic partner for the City of El Paso.

Does Col. (Ret.) Westin know where some of the bodies are buried? Or is he just a good ol’ boy?

But City Manager Tommy Gonzalez convinced him to still work with the City on a limited basis, for $221,144 a year, with $17,500 deferred compensation, and a $400 a month car allowance.

Retiring from the City is apparently a better gig than working for the City. Mr. Gonzalez will walk with close to a million bucks when he separates, or is separated from, the City of El Paso.

Col. (Ret.) Westin doesn’t get the lump sum, but he gets a lucrative contract extension for working “on a limited basis”.