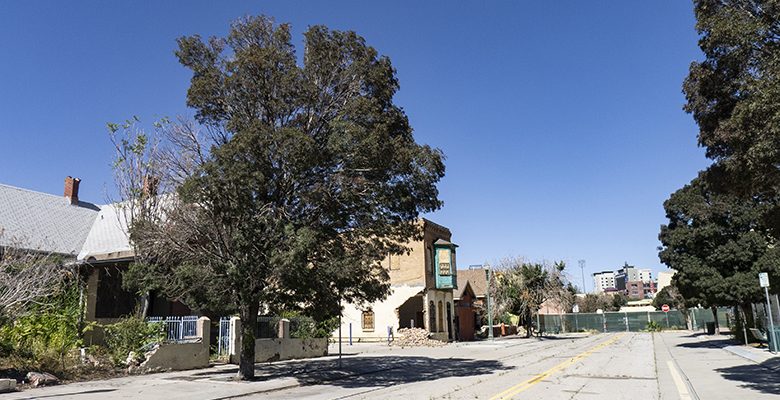 Or is it a trick?

El Paso City Council met Tuesday to once again discuss whether seek to obtain an updated cost estimate for the proposed downtown arena project. A pair of items were voted on following a lengthy executive session by council that ran several hours.

Council voted unanimously not only to seek estimates for the current cost of downtown arena construction, operations and economic impact – but also to examine costs for building preservation of damaged and historic properties in the Duranguito arena footprint. In addition, council approved an effort aimed at exploring options for possible resolution of pending litigation over the arena project involving historic preservationist Max Grossman.

And here is the exact wording of the two items approved by 8-0 votes:

Item 8
“To direct the City Manager or designee to hire a consultant such as architects, urban designers, engineers, and to include studies such as an economic impact analysis and programming operations and execute all contracts and amendments to develop the following information: Project concept; partnership opportunity guidelines including public-private partnership specifications; and financial model to include estimate of capital costs and operating costs which is in compliance with all court rulings and legal decisions, to incorporate preservation of historic buildings and to preserve historic character and to direct staff to come back to Council with recommendations on how to safeguard damaged buildings and options for funding sources in ways to align with a temporary restraining order.”

“That the City Manager and the City Attorney be authorized to engage in discussions to identify various options for a resolution of the ongoing litigation included but not limited to the lawsuit entitled Max Grossman vs. City of El Paso, 8th Court of Appeals, Case #08-19-00272-CV, Matter No. 17-1001-171.001.001.”

You’re just taking money out of one pocket and putting it in another.

There are only so many entertainment dollars in the community, and only so many nights in a year that a person or a family can go out. If a body is going to a Yeezy concert at the arena, he’s not going to a UTEP game, or dinner at Cattleman’s. So there’s no net change in economic activity, or the change is negligible.

It would be better to take that $180 million and give it to the community, or not take it from the taxpayers in the first place.

I’m cautiously optimistic, but I’m not counting my chickens yet.

I guess the real question is what took them so long?