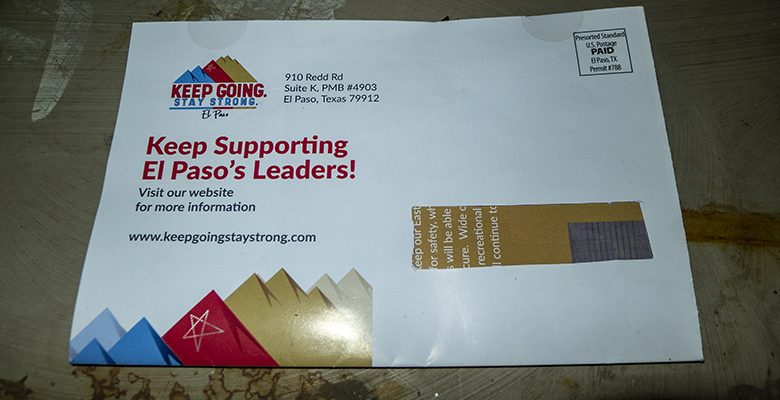 You have probably heard about that campaign to support “El Paso’s Leaders”.

Maybe you’re even gotten one of their flyers in your mailbox, or seen a commercial on teevee.

We don’t have a teevee here at our house in barrio heights. We consume all our video media via the intertube. But I hear it’s out there on the airwaves for those people who still have rabbit ear antennas on their set.

Martin Paredes has dissected the technical aspects of the mailer here, on ElPasoPolitics.com.

It’s curious, n’cest pas, that someone would put out a political mailer and not identify either themselves or the candidates they support. What’s that all about?

Do you think the person behind the mailers is Billy Abraham? We can pretty much eliminate Osama Bin Laden, unless he funded an El Paso PAC before Seal Team 6 took him out.

Personally, I think the principals of MountainStar Sports Group are behind it. They, like Osama Bin Laden, have the money to fund a broad political campaign, and they’re a little embarrassed by the negative attention they’ve been getting for their meddling in the local political ecosystem.

Why don’t they throw a little money into improving the lives of the average El Pasoan? Is it because they’re only in it for what they can get out of it?