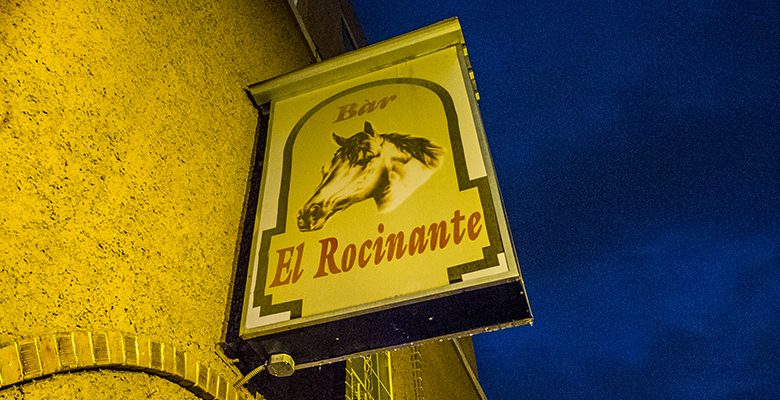 I’m going to let you in on a little secret. 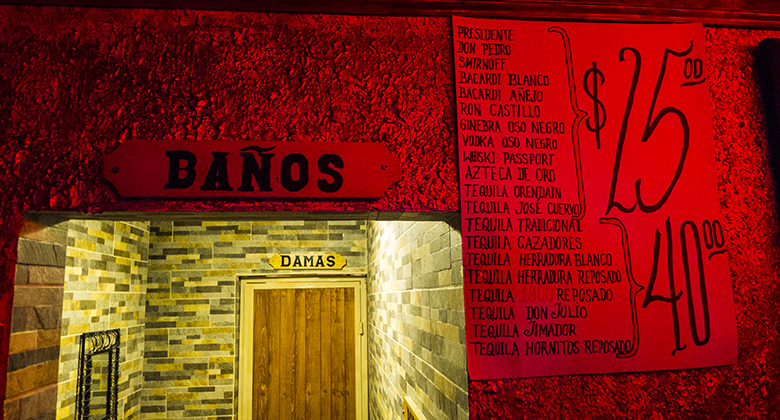 The bar is small, but it’s surprisingly nice. The bathrooms at the Rocinante are, in fact, among the nicest in downtown Juarez. The tiles in the suspended ceiling are wood, and the floor is immaculate. The whole place is clean, and well lighted, and not as red as the pictures make it look. 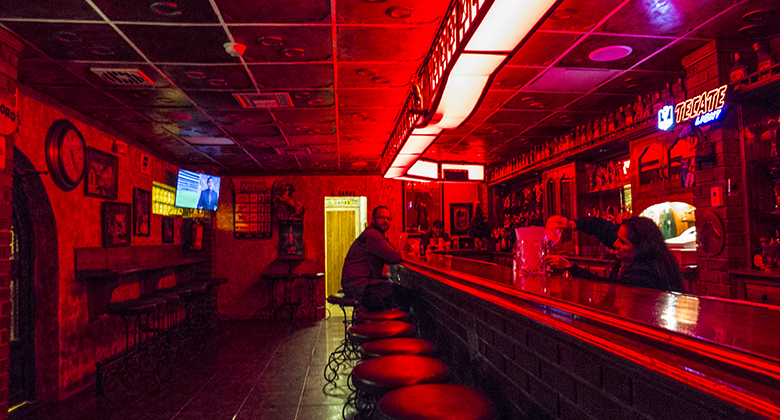 The Rocinante is also remarkably empty. The owner and a bartender are often the only ones in there for extended periods, till I get there, and then it’s me and them and whomever I came with.

I like empty bars. I didn’t like my bars empty, when I used to own some. But these days, empty’s nice. So I probably shouldn’t tell you about El Rocinante, but you probably won’t go anyway.

El Rocinante is off the Plaza Cervantina, which connects to Lerdo right next to the Olimpico, across from the Post Office. The Plaza Cervantina is full of wild Man-of-la-Mancha themed street art. Rocinante was the name of Don Quixote’s horse. But you knew that.