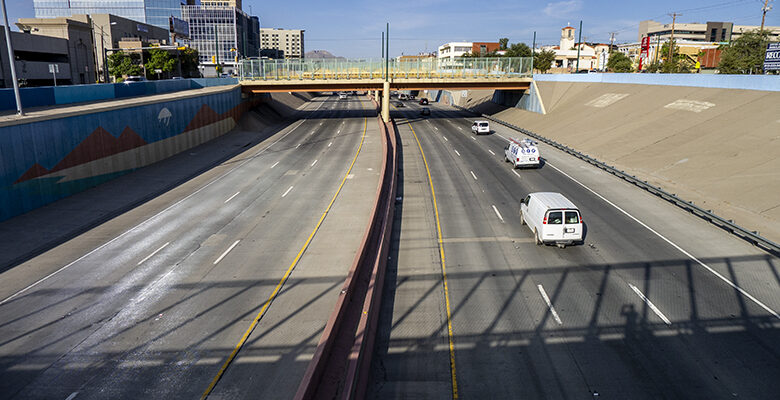 I am against widening the freeway, and subsequently building a deck over it.

Widening the freeway to reduce traffic is like letting out your waistline to lose weight.

Induced demand is a phenomenon recognized by everyone except TxDOT. The wider you make the freeway, the more cars drive on it, until eventually it’s just as clogged as it was before. You have, in essence, lowered the cost (travel time) of taking the freeway, so traffic will increase until it’s as bad as it was before you widened it.

Also, TxDOT is building the Borderland Expressway to route traffic passing through El Paso, like big trucks, around the city, connecting 375 to a road through the Anthony Gap to I-10.

And the freeway is not congested now, and likely won’t get more congested, because El Paso’s population has essentially flatlined since 2012.

We don’t need to widen the freeway and destroy the homes and buildings currently alongside it, and bring smog and pollution further into the neighborhood.

The Deck is just another vanity project that will cost taxpayers money to build and maintain. TxDOT will pay for widening the freeway, but El Paso taxpayers are going to foot the bill for the deck.

(This is a political advertisement.)