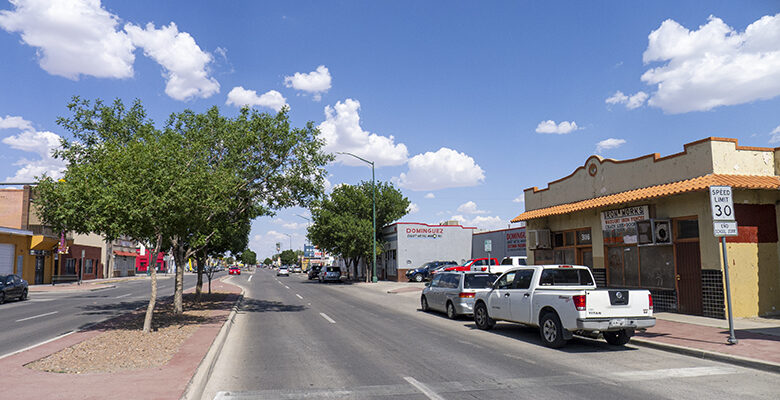 While we’re catching our breath (this is, after all, an election year) the City is making plans to resume the fiesta as soon as the elections are over.

Here are the six focus areas of the Downtown + Uptown plan:

I might feel a little better about all those goals if the City had ever shown any prior interest or aptitude in any of those areas. Now I think that they’re just blowing smoke.

And how about that “Prioritize Public Investment in the Built Environment”? How about, instead, Prioritize Reducing Public Investment So We Pay Less in Taxes Every Year? But that’s not a priority for the City. The City has lots of money. Unfortunately for you, their money is in your bank account. For now.

The city has another project on the burner called Onward Alameda.

The Onward Alameda Corridor Plan seeks to gather big-picture input from the citizens of El Paso and establish a long-term vision for the future of the Alameda Corridor area and how it should evolve in the coming years. A master plan establishes priorities for public-sector action while at the same time providing direction for complementary private-sector decisions. The plan and its guidelines serve as a tool to evaluate new development proposals, direct capital improvements, and guide public policy in a manner that realizes the vision and reflects community values and needs.

Did anyone notice that Alameda works perfectly good for the businesses that operate there? For the families that live there? There are few vacant lots along Alameda. Just about every store on Alameda is an independently owned small business.

Is the City going to fix that? Like they fixed downtown?

You know that their long-term vision includes short-term costs and long-term debt. And don’t think that the City is going to approve this plan and then sit on it till it makes sense. They’ll start construction as soon as the ink is dry.

The City wants to spend our tax dollars to price out all the independent mom-and-pops on Alameda.

All of this might be, might be, great, if El Paso were growing. If the economy was booming. If our taxes didn’t go up every year, if the City weren’t taking a bigger chunk of our disposable incomes every year. If we had real growth, we might need to manage it. But the only growth we have is debt. We should manage our debt, instead of pretending like we’re a booming metropolis.

Do you think that any of these plans are free? Don’t you think that the City is paying consultants to figure out ways to spend the taxes they haven’t even taxed us yet?

This is another salvo in the war the City of El Paso, the Chamber of Commerce, and MountainStar Sports Group are waging against El Paso’s small businesses, the working class, and people who live on fixed incomes.