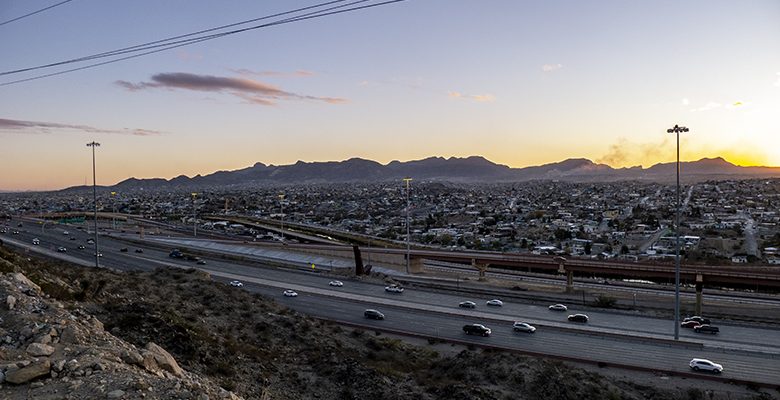 South of Felipe Angeles, the squalor runs on, little 700 square foot houses all the way up the mountain, housing families, sometimes generations, in four rooms. The streets are mostly unpaved. There’s water, mostly, and electricity almost universally, but there’s not a lot of opportunity.

The allure of gang membership is strong. Why not join a gang? What are your choices? Continuing a pattern of generational poverty? By the time you’re six or seven or ten, your hand has been dealt. If your parents have been too busy putting food on the table to ensure that you are on the education treadmill, your odds of advancing in society are exactly the same as your odds of winning the lottery, because the only way you’ll advance in society is by winning the lottery.

And joining the gangs, and the cartels, is a death sentence. Those teenagers who sign up for the cartel know that. Enlisting in the cartel is a death pact. No one has any illusions about that. But it’s worth it, because life sucks.

And do you know who’s job it is to break that cycle of poverty and desperation?

I’m sure there are government agencies assigned to that task. But I’m equally sure that they’re underfunded. And I’m sure there are individuals that care, and do what they can, but the task is monumental. The efforts of any individual have little effect. And I’m sure the churches, and religious organizations on both sides of the border do what they can, but they’re like a few dozen ants trying to eat a herd of elephants.

No individual, or group, can solve this problem because the problem is structural. This is generational poverty, passed on from father to son and mother to daughter for generations.

The root of the problem’s endurance is that this problem isn’t a problem for the people making the decisions. Their dog gets fed no matter who dies of hunger, or violence, or drug abuse in the outer city. They never visit the slums. They rarely go to downtown. Downtown Juarez belongs almost exclusively to the people that live in the surrounding neighborhoods, and people that bus in from the outer fringes of the city.

And like Charles Bowden alluded to, Juarez is us. In a generation, or two generations, or three generations. Maybe only twenty years. Your kids, and your grandkids, will live in a society where people drop off the edge. We live in it now, and it’s only getting worse. The gulf between the wealthy and rest of us widens every day.

Government isn’t going to tackle generational poverty and the widening wealth gap, because government is on the other side. Government and the fat cats work for each other. And even though everyone would be better off if the distribution of income and wealth were more equitable, if the poor people had more money to spend at the rich people’s businesses, the rich people don’t want that. Because the rich people don’t measure their worth by how good their lives are, or the good they do in the world. The rich people measure their worth by how much they have, relative to other rich people. If they have four cars, and their neighbors have five, they feel deprived. If their neighbor’s yacht is bigger than their yacht, they need to gouge some more money from poor people to buy a bigger yacht.

Next thing you know we’ll have food lines running around the block, and people going hungry, and homeless and jobless.

Wait. We have that now.