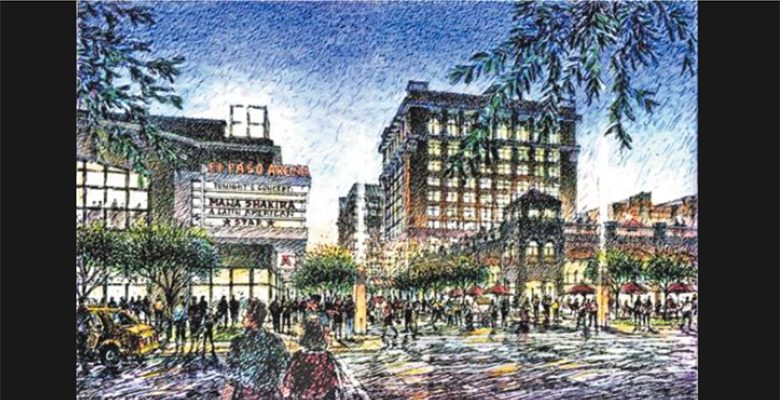 “To direct the City Manager or designee to hire a consultant such as architects, urban designers, engineers, and to include studies such as an economic impact analysis and programming operations and execute all contracts and amendments to develop the following information: Project concept; partnership opportunity guidelines including public-private partnership specifications; and financial model to include estimate of capital costs and operating costs which is in compliance with all court rulings and legal decisions, to incorporate preservation of historic buildings and to preserve historic character and to direct staff to come back to Council with recommendations on how to safeguard damaged buildings and options for funding sources in ways to align with a temporary restraining order.”

The emphasis is mine.

Well let’s take a stroll through the cyberverse to see what the experts say.

The economic rationale for cities’ willingness to subsidize sports facilities is revealed in the campaign slogan for a new stadium for the San Francisco 49ers: “Build the Stadium—Create the Jobs!” Proponents claim that sports facilities improve the local economy in four ways. First, building the facility creates construction jobs. Second, people who attend games or work for the team generate new spending in the community, expanding local employment. Third, a team attracts tourists and companies to the host city, further increasing local spending and jobs. Finally, all this new spending has a “multiplier effect” as increased local income causes still more new spending and job creation. Advocates argue that new stadiums spur so much economic growth that they are self-financing: subsidies are offset by revenues from ticket taxes, sales taxes on concessions and other spending outside the stadium, and property tax increases arising from the stadium’s economic impact.

Unfortunately, these arguments contain bad economic reasoning that leads to overstatement of the benefits of stadiums. Economic growth takes place when a community’s resources—people, capital investments, and natural resources like land—become more productive. Increased productivity can arise in two ways: from economically beneficial specialization by the community for the purpose of trading with other regions or from local value added that is higher than other uses of local workers, land, and investments. Building a stadium is good for the local economy only if a stadium is the most productive way to make capital investments and use its workers.

In our forthcoming Brookings book, Sports, Jobs, and Taxes, we and 15 collaborators examine the local economic development argument from all angles: case studies of the effect of specific facilities, as well as comparisons among cities and even neighborhoods that have and have not sunk hundreds of millions of dollars into sports development. In every case, the conclusions are the same. A new sports facility has an extremely small (perhaps even negative) effect on overall economic activity and employment. No recent facility appears to have earned anything approaching a reasonable return on investment. No recent facility has been self-financing in terms of its impact on net tax revenues. Regardless of whether the unit of analysis is a local neighborhood, a city, or an entire metropolitan area, the economic benefits of sports facilities are de minimus.

From an article titled The Economics of Sports Stadiums: Does public financing of sports stadiums create local economic growth, or just help billionaires improve their profit margin? online at EconReview.Berkely.edu.

The reasoning behind public financing of stadiums is predicated upon a belief that new stadiums will create a significant impact on the local community through increased jobs in the short-run and increased spending through tourism over the long-run. The short-run impact can be significant, as seen with the Los Angeles Rams, whose new stadium in Inglewood is expected to “provide more than 3,500 on-site construction jobs in Inglewood and more than 10,000 jobs by the time it is completed.” However, many advocates of publicly-funded stadiums are banking on a “multiplier effect,” in which increased local income created through these construction jobs could lead to further spending, investment, and job creation, thereby creating a long-term benefit for the local economy. Another important reason why so many teams succeed in receiving public funding for stadiums is the threat of leaving and the corresponding dissatisfaction that residents have with the city after a team moves. For example, when Seattle refused to pay for a basketball stadium in the city, owner Clay Bennett decided to move the team to Oklahoma City, renaming his team from the Seattle Supersonics to the Oklahoma City Thunder. On that account, the idea of public financing is nuanced, but it is rooted on questionable economic ideals and intimidation of local residents.

Unfortunately, the subsidies have not created the local impact that they promised. To understand why, let’s consider the Atlanta Falcons’ new stadium, which cost $2 billion for construction—$700 million of which was paid by local taxpayers. While proponents may talk about a multiplier effect, several theoretical and empirical studies of local economic impact of stadiums have shown that beliefs that stadiums have an impact that matches the amount of money that residents pay are largely unfounded. The average stadium generates $145 million per year, but none of this revenue goes back into the community. As such, the prevalent idea among team owners of “socializing the costs and privatizing the profits” is harmful and unfair to people who are forced to pay for a stadium that will not help them.

From a piece in TheAtlantic.com titled Sports Stadiums Are a Bad Deal for Cities:

Imagine a stadium as a giant drain. Money flows from the community into the stadium, where it whirls around for a bit, then funnels down some murky pipes, exiting far, far away. Some leaves with players, some with owners and ownership groups, some with the league itself, the headquarters of which are in New York. That last leakage is similar to when you shop at a corporate chain. “If you go to a local bar, that’s probably locally owned, and servers and bartenders are spending it locally, and that causes this ripple effect that doesn’t happen in sports,” says Victor Matheson, a professor of economics at Holy Cross University.

Sure, some of the money will stay local, thanks to the new economic activity that a stadium helps generate. That’s most likely if a new cluster of restaurants and sports bars sprouts up in an underused part of town around a new stadium. But even then, the economic impact can be limited. When new “stadium towns” are built, residents tend to spend their money in the new geographical location rather than another one around town.

“It’s reshuffling deck chairs instead of developing anything new,” Leeds says. “Cities give tax breaks or subsidies to businesses that locate in a particular area, and it might help that specific area. But it’s simply robbing Peter to pay Paul.”

Worse, the new activity may actually hurt the overall economy by “crowding out” other events. (Have you ever stayed home instead of risking the game-day traffic jam?) This effect is perhaps strongest during massive sports events like the Olympics or the Super Bowl. The arguments for hosting them are the same—draw tourists, create buzz, increase economic activity. More tourists arrive, but they often cost cities more than they’re worth.

From the St. Louis branch of the Federal Reserve Bank:

[E]conomists generally oppose subsidizing professional sports stadiums. When surveyed, 86 percent of economists agreed that “local and state governments in the U.S. should eliminate subsidies to professional sports franchises.”8 Perhaps economists just do not like sports? Actually, many economists love professional sports—including former Federal Reserve Chair Ben Bernanke, an ardent Washington Nationals fan.9 Rather, it is the provision of taxpayer money in the form of subsidies that economists generally oppose. In a 2017 poll, 83 percent of the economists surveyed agreed that “Providing state and local subsidies to build stadiums for professional sports teams is likely to cost the relevant taxpayers more than any local economic benefits that are generated.” In their book, Sports, Jobs, and Taxes, Roger Noll and Andrew Zimbalist present a comprehensive review of stadium investments. In all cases, they find a new sports facility to have extremely small (or negative) effects on overall economic activity and employment. Furthermore, they were unable to find any facilities that had a reasonable return on investment. Sports economist Michael Leeds suggests that professional sports have very little economic impact, noting that a baseball team (with 81 regular-season home games per year) “has about the same impact on a community as a midsize department store.” His research suggests that if every professional sports team in Chicago (including the Cubs, White Sox, Bears, Bulls, and Blackhawks) were to suddenly disappear, the economic impact on Chicago would be a fraction of 1 percent.

In their critique, most economists highlight an important pitfall when considering the economic impact of stadiums: the failure to include opportunity costs. The opportunity cost is the value of the next-best alternative when a decision is made; it is what is given up. In the case of sports stadiums, both “seen” and “unseen” economic activity should be considered. The unseen spending, however, tends to be overlooked. Consumer spending at a sports stadium is easy to see—it is obvious and measurable. What is unseen, however, is how consumers would spend their dollars otherwise. If they were not spending on sporting events, they would instead spend on museums, movies, concerts, theater, restaurants, and so on. Because consumers tend to have limited entertainment budgets, dollars spent at a new stadium would not be new spending but rather diverted spending.

Taxpayer money to subsidize a stadium also has opportunity costs. An economist might ask, “Of all the things my city could do with $500 million, is a sports stadium subsidy my best option?” Government can choose to spend taxpayer money on a variety of things: roads, bridges, airports, police, education, environmental improvements, parks, and walking paths, just to name a few—all of which have benefits for society. Economists often suggest options that increase productivity and see this spending as investment. For example, government spending on infrastructure (e.g., airports, highways, and bridges) could increase productivity because it reduces the cost (in time and money) of transporting goods and people from one place to another. Second, spending on education is seen as a form of human capital investment. Human capital is the knowledge and skills that people obtain through education, experience, and training. The education that students receive in school and college (and further training and work experience) increases their productivity. Economists prefer these types of investment because increased productivity has the potential to increase the rate of economic growth and increase the standard of living.

These are just a few examples. If the internet could get full, it would be full of articles about the minimal or negative effect that publicly financed sport stadiums have on local economies. But I’m sure that City Council will be able to hire a consultant that disagrees, and our elected officials will dislocate their shoulders patting themselves on the back for approving another money pit that taxpayers will never climb out of.