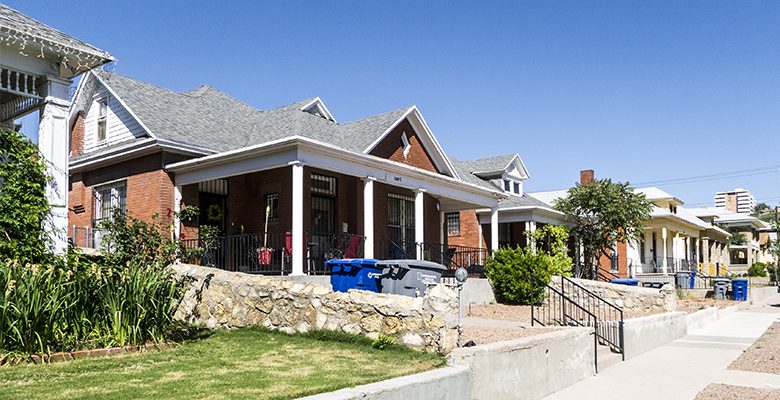 Here’s another take on housing and social mobility from the guy who wrote that book about the 9.9 percent.

The tragedy of the American Dream is that it made the most sense when it was least understood. In the decades following World War II, the United States experienced a housing boom with few parallels in history. The homeownership rate increased from 43.6% in 1940 to 61.9% in 1960—only about 3% below where it sat in 2020.

Most of the growth happened on the crabgrass frontier, as the share of the housing stock located in suburbs soared from 19% in 1940 to 44% by 1990. In the course of the suburban boom, homeownership became a part of the political religion of the United States and the undisputed setting of the American Dream. Owning a home with a garage on a leafy street, the Dream plan said, taught self-reliance, created happy families, and bred responsible citizens with a stake in their communities.

The dream came with more than the usual allotment of illusions. Without massive public subsidies for the automotive infrastructure, combined with active sabotage of public transportation, the suburbs would have remained prohibitively remote. Without racially motivated “white flight” from urban centers, those distant cow fields would have remained populated only with cows, and without racist policies they would not have remained white. The most intractable of the illusions had to do with the aura of self-reliance. The housing boom of the postwar period always pretended to be an expression of the pioneering spirit of hardworking individualists. Yet, it was principally the consequence of the most significant welfare program in American history, one that was targeted with unerring precision at the hearts and wallets of the white middle class.

If one mentions the words “government” and “housing” in polite conversation today (generally not a good idea), the words “taxes” and “poor people” are likely to make an appearance in short order. Yes, we want to help, the response will come, but aren’t we doing enough already? The funny thing is that government works much harder to help rich people make money off their homes than to help poor people find shelter.

According to the Center on Budget and Policy Priorities, the federal government spent $190 billion per year on housing assistance of various sorts, as of 2015. But 60% of this corresponds to the mortgage interest deduction, which benefits only the 7 million or so households with more than $100,000 in income. The bigger the house, the more they get. A further $32 billion per year goes to covering the exclusion of capital gains taxes on inherited homes. An uncounted additional amount pays for the capital gains exclusion on home sales. All but a few rounding errors land in the pockets of the 9.9%—every year.

The chump change left over for affordable housing, sadly, does remarkably little to ameliorate the housing crisis. One piece of it goes into subsidizing the construction of quality apartments in low-income neighborhoods. The organizing idea is that the purpose of housing is to supply low-income families with refuge from the weather and good kitchen appliances. This idea is bonkers. In fact, the point of housing today is to provide opportunity. As studies make abundantly clear, opportunity comes with a new or better neighborhood, not a new refrigerator.

The whole article is worth a read.

I just ordered the book.

Or you can wait a couple of months and pick it up used from the booksellers on AbeBooks.com.