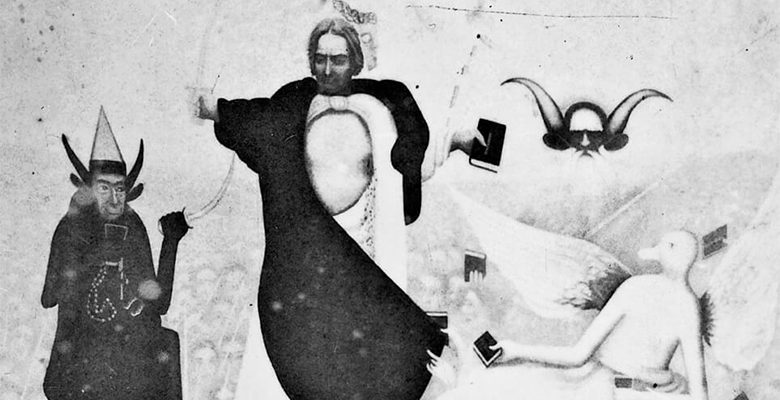 Here’s a story from CabinetMagazine.org of a religious colony founded outside of Las Cruces in the late 1800’s.

The search for a place to start the colony took some time. Newbrough looked in California, but his attempts to acquire land there fell through. Returning from an exploratory trip, he stopped in Las Cruces, New Mexico, and there found many acres of arid land available very cheaply. The colonists pitched their first tents in late October 1884.

Shalam’s colonists knew almost nothing about farming, and their first months in Mesilla Valley were hard. Growing vegetables in the unirrigated desert was a monumental task, and the Faithists, who adhered to a vegetarian diet, suffered. There were no buildings on the land—the construction of dormitories, kitchens, and a school began a year later—and the villagers had to spend the first few months living in tents. But with the indispensable aid of villagers from Doña Ana, just south of the colony, Shalam ultimately built an irrigation system: sixteen miles of piping and a seventeen-thousand gallon reservoir.16 People from Doña Ana also taught the colonists how to cook beans and chilies, and worked on the commune when the Faithists were overwhelmed. Within a few years, Newbrough and his partner in the venture, Andrew Howland, were supervising a (mostly) self-sustaining commune.