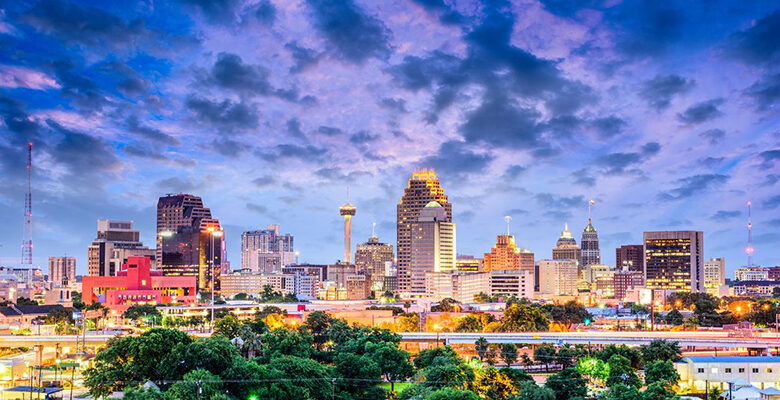 Visitors entering Rebecca Flores’s San Antonio home pass a sepia-toned photo of her large Tejano family on the Texas farmland they worked before they moved into the city. It’s a reminder of what they left behind and how far they’ve come in a land where their roots go back more than 300 years.

The home’s deep-blue walls pay tribute to a family whose ancestors were among the first Canary Islanders to settle this colonial outpost and who, in 1959, pooled savings from their minimum wage incomes to buy the house. Flores, 79, wants to keep the home in her family, but she and many of her mostly Mexican American neighbors say they are being priced out of their homes due to skyrocketing property taxes and a hot housing market that has developers pressuring them to sell in the rapidly gentrifying city.

Records show the value of her property has more than doubled in recent years and were it not for exemptions, her taxes would be as high as a mortgage. She has been bombarded by offers from investors eager to cash in, and the names of property owners on her block have changed from Villaseñores and Herrera to those of corporations.

San Antonio’s impending housing crisis threatens to displace the longtime residents who helped give the city its distinctive culture and character. It’s a crisis facing cities across America where housing is in short supply, affordable housing is even scarcer and investors are sweeping into high-demand markets with big cash offers that are pricing many Americans out of the market altogether

The leveraging of taxpayer dollars for private development was wildly successful — and critics say, destructive — in the city’s economically segregated inner-core neighborhoods, which have its oldest housing stock and most vulnerable residents. Redevelopment brought luxury housing,high-end shopping districts, tourist attractions and made downtown a hot destination. But it also triggered soaring property values, intensified code enforcement action — which made it easier for older buildings to be demolished for redevelopment and, residents say, gentrification that has made the historically Black east side unrecognizable.

El Paso got rid of it’s historically black neighborhoods fifty some years ago, when they put I-10 right through the middle of the city. But now they’re targeting Segundo and what the City calls “Uptown”, the neighborhood north of DWTN.

They’re always comparing El Paso to other cities, and then our City manages to copy the worst features of those cities they compare us with.

Read the whole article at WashingtonPost.com.