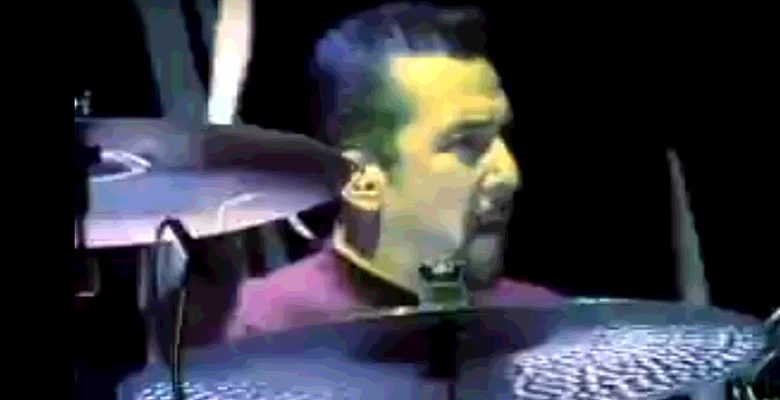 From the Los Angeles Times:

Charlie “Chalo” Quintana, a fixture on the Southern California punk and roots music scene for decades, has died after struggling in recent years with emphysema and chronic obstructive pulmonary disease, or COPD, his sister Elizabeth Montoya confirmed to The Times. He was 56.

Quintana, who died Monday at his home in Cancun, Mexico, is probably best known as the drummer for a decade with long-running Orange County punk band Social Distortion, but he first came to fame as the teenage drummer for the Plugz, the groundbreaking L.A. punk group that was among the first to be started by local Latino musicians.

Gonzalo Quintana III was born Jan. 29, 1962, in El Paso and was recruited to come to California at age 16 by his future bandmates in the Plugz: lead singer and guitarist Tito Larriva and bassist Barry McBride.

“Tito and Barry of the Plugz along with myself drove from L.A. to El Paso to ask [his] parents … if he could move to Hollywood and stay with Barry,” musician and producer Gary Hirstius wrote Wednesday on Facebook. “His mom cried but said OK.”

In part, that was because his mother was a singer and guitarist. So when her son expressed an interest in music, she was fully supportive.

“When I lived in El Paso,” Quintana recalled in a 2007 interview, “pretty much all I wanted to do was get the hell out of El Paso.”

Elizabeth Montoya said a memorial service is being arranged in El Paso once his body is returned to the family. That task is the subject of a GoFundMe campaign to raise the money for the transportation and service expenses. As of Saturday, more than $8,000 had been raised.

Here he is playing with the band Social Distortion.

Adios, Chalo. Catch you on the flipside.