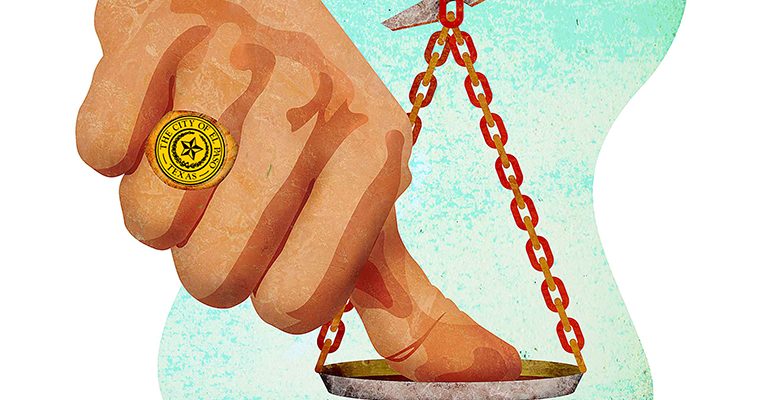 This week there’s a column by the editor of the El Paso Inc. about how great DWNTWN is doing.

Property values in the core of Downtown have risen almost 25% since 2008, the data show. Downtown Management District Executive Director Joe Gudenrath points out the increase is all the more significant when you consider properties fell off the tax rolls during that period when City Hall relocated. More properties came off the tax rolls when the city purchased buildings in the proposed arena site.

Meanwhile, last year the Commercial Property values in all of the city fell 1.6%. The City’s Chief Financial Officer Robert Cortinas called the decline in values “unprecedented”.

A critic might conclude that policies that encourage downtown development have taken business away from the rest of the city.

But at least property values in the core of Downtown have risen. That’s good news for the city’s residential taxpayers, right?

Nuh uh. Many of those downtown projects were subsidized by tax abatements, but even that is kind of irrelevant to the people who actually pay taxes.

Downtown is covered by Tax Increment Reinvestment Zone 5. Any increase in tax receipts from downtown properties stays in downtown to be spent by the TIRZ 5 Management Board. The board can use that money to fix the sidewalks and facades of downtown buildings, or sponsor events. In fact, the board has broad latitude to decide how that money is spent.

But none of that money goes to the City’s General Fund, to pay for the things the rest of El Paso pays for.

Things like the ballpark subsidy. Or the trolley. Or the salaries of the City Staff. Or the Operation and Maintenance of the Quality of Life projects.

Downtown gets a pretty sweet deal.

You, not so much.