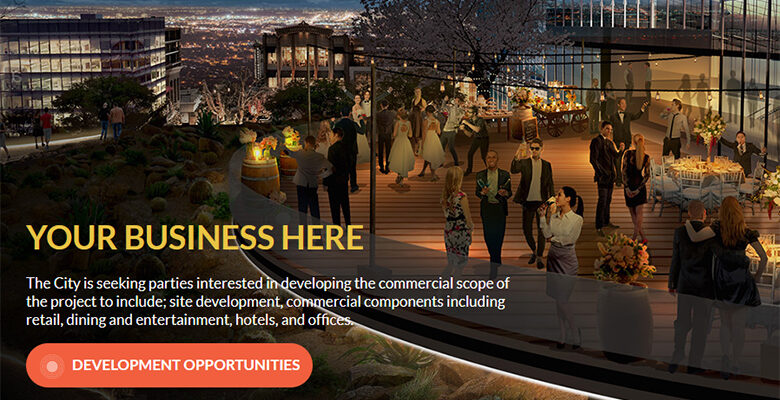 Saturday, March 5 (tomorrow, or today, or last week, depending on when you are reading this) TEDx El Paso is happening/happened. This year’s theme is “A City Reimagined”.

Apparently the event is sponsored by the El Paso Chamber, though no one is especially willing to take responsibility.

(Remember, the El Paso Chamber, the City of El Paso, and MountainStar Sports Group are waging a class war against El Paso’s small businesses and the working class.)

Around here, people are so busy reimagining that I suspect they never get any work done at all. So far all their results have been reimaginary.

Now, the people at TxDOT, God bless them, are asking us to Reimagine I-10, even if it means increasing traffic on the interstate (to the detriment of the health of the people who live nearby) and demolishing residences.

And let’s not forget that we reimagined Cohen Stadium.

The need for vibrant and thriving open public space in Northeast El Paso was the driving force of the masterplan for Reimagining Cohen. The Reimagining of Cohen will be a sports and leisure destination for a new age. In many respects this mixed-use development will be the “crown jewel” of the City of El Paso.

Well, I guess the City created a lot of open space out there where Cohen Stadium used to be. Vibrant and thriving, not so much.

I drove out there today. Here’s what it looked like:

(You might remember that there used to be a ballpark out there, but MountainStar Sports Group didn’t want their baseball team to have to compete with any other baseball teams in town, so the City tore Cohen Stadium down. So much for free markets.)

Here’s an image from the CohenEP website. See if you spot any differences between the photo I took today and the future the City promised us.

The City is doing a lot of reimagining out in Northeast El Paso. Here’s something I lifted from the website FutureOfNorthgateMall.com:

Northgate Mall is being completely reimagined for the present and decades into the future; beginning with the transformation of the indoor mall into an inviting, open-air concept and community gathering place.

Metro 31, a subsidiary of Hunt Communities, will lease the acres next to the future transfer center [on the former site of Northgate Mall] from the city. Its plan is to develop the property into a smart code community with shops, restaurants, lofts, apartments and a park.

Officials said the development project has been a long-term effort. In 2011, the city spent $10 million to buy the land and demolish the old mall. Then it looked for a developer and the City Council waived about $13 million worth of taxes and fees for Hunt to develop the land.

Sun Metro Director Jay Banasiak said construction will be completed by fall 2017 and will serve as the main feeder of 11 bus routes.

“This unique transit-oriented development will give our economy a boost by creating jobs and will expand transportation options while revitalizing this key neighborhood in Northeast El Paso,” he said.

“The fact that this community had a long-term vision for this Northeast development speaks volumes that this is a much sorely needed project, one that will have a lot of success,” City Manager Tommy Gonzalez said.

Eleven years later, and not much has happened out in Northeast El Paso.

Have you ever had a party that no one came to? You spend hours cleaning up the house, and lots of money on food and drinks, and lots of time over the stove, and then the only people that show up are your next door neighbors, and you don’t really like them that much, and they only came because they were in the neighborhood anyway?

That’s like what the City of El Paso has been doing for years. The City operates on the Economic Development principle of “If you build it, they will come.” Yeah, that doesn’t work except in fantasies.

When the City of El Paso, and the El Paso Chamber, and MountainStar Sports Group ask us to Reimagine El Paso, they just want us to share in, and bankroll, their fantasies.

Why do we let people who don’t like El Paso make decisions about El Paso’s future? It would be easier and a whole lot cheaper if they just moved someplace they liked.