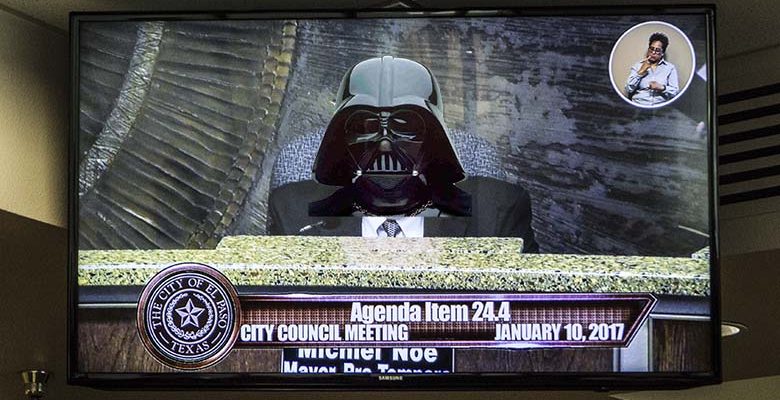 God bless them, City Council is in over their heads and they don’t know what to do.

Did you read this quote from District 5 Representative Michiel Noe that appeared in the El Paso Times last Thursday, in a story about the Mayor’s veto of City Council’s vote to have public meetings to discuss new Certificates of Obligation?

Noe said the veto cancels the opportunity for the council and public to have an open discussion.

“We weren’t approving anything, we wanted to have a meeting,” Noe said, referring to the public meeting that would have been advertised regarding the proposed debt.

Here he is four days earlier, in the El Paso Inc., in an article about the referendum to declare Duranguito an historic site.

[Representative Michiel Noe] said creation of a historic district wouldn’t have to stand in the city’s way. He recalled what happened after the 2011 referendum election in which 55 percent of voters approved a ban on city health benefits for the domestic partners of city employees.

. . . City Council voted to overturn the ban and restore the full slate of domestic partner benefits to city employees and preserve retirees’ benefits as well.

So District 5 Representative Dr. Michiel Noe wants to have a meeting to learn the public’s opinion, unless he doesn’t agree with the public, and then to hell with them.

And I swear he’s not the only hypocrite on City Council, God bless ’em.