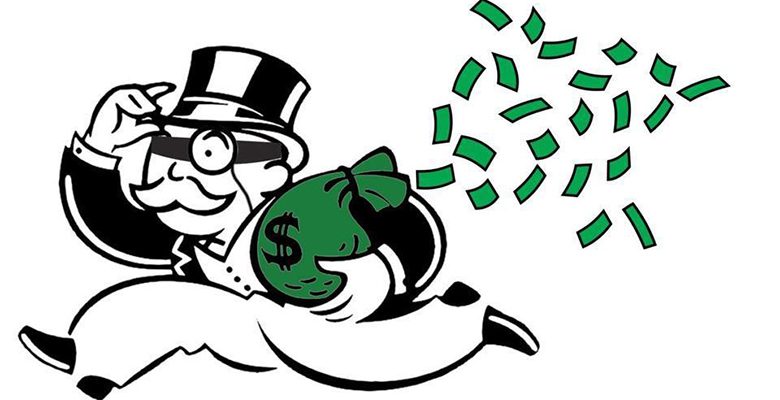 [EPCF President and CEO Eric] Pearson and Moore agree that starting an online newspaper should be easier now than it was when Newspaper Tree went under because there’s more foundation money available for the support of nonprofit journalism.

Mr. Moore is going to get donations from private donors to run an online newspaper. That should surely shine a light into the dark shadows of local government, don’t you think? Maybe he’ll run a series on the influence of big money donors on our elected officials.

Remember, under Mr. Moore’s leadership, the El Paso Times enthusiastically supported the 2012 Quality of Life bonds, and the ballpark. If you were one of the people who called into question the costs and benefits of the ballpark, Mr. Moore’s editorial board labeled you a “Crazy.”


“The idea of nonprofit as the model has really taken hold, in part because of the success of Texas Tribune and The Lens in New Orleans,” Pearson said.

Coincidentally, local philanthropists Woody Hunt and Paul Foster, as well as Mayor Dee Margo, have given hundreds of thousands of dollars to the Texas Tribune. Maybe that’s why the Trib has limited it’s scope to subjects that won’t offend big money donors. The Trib never wrote a word about the ballpark controversy or El Paso’s Quality of Life bonds.

And the El Paso Community Foundation mothballed the archives of NewspaperTree, some of which featured reports critical of the Quality of Life juggernaut. The EPCF took NewspaperTree offline. Do you know how much it would cost to keep those reports online? Perhaps dozens of dollars.

Mr. Moore was the Editor for the El Paso Times when they ran this guest column supporting El Paso Electric Company’s $30 minimum bill for customers with rooftop solar.

A quick Google search would have revealed that the author was a paid commenter who had previously worked for the Tobacco Institute. An enquiring mind could have surmised that the writer was likely paid by the El Paso Electric Company. You’d think that the El Paso Times would have included a disclaimer if it chose to publish the column at all. A little fact-checking would have found that the credit rooftop solar customers receive is much less than they’re charged despite the writer’s claim to the contrary.

But why let the truth get in the way of your agenda?

“Bob is a person of high journalistic integrity, and I feel like it’s a great opportunity to help him provide this additional voice to the community, focusing on community oriented and investigative journalism.”

“This is essentially Bob’s vision, and we want to be in support of that. Right now, we’re really looking at raising some money around it.”

If you’re trying to sell a blind horse, the first thing you tell the mark is how well it can see.

Will Mr. Moore bite the hands that feed him? I don’t know. Is his house paid for yet? Not everyone can afford principles.

In a related but unrelated news story, there’s this:

ProPublica announced on Wednesday that it has hired two editors, Zahira Torres and Michael J. Mishak, to help oversee its Local Reporting Network, a growing initiative to support investigative journalism at local and regional newsrooms across the country.

Zahira Torres will serve as editor of the six additional journalists joining ProPublica’s Local Reporting Network on July 1. She is currently the editor of the El Paso Times and enterprise editor for USA Today Network’s Texas/New Mexico newspapers.

Lots of turmoil in the local spin news industry. I can’t wait to see what happens.