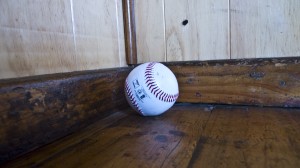 I bet Josh and Woody Hunt, and Paul Foster and Alejandra de la Vega weren’t expecting the negative backlash they got when they decided to buy El Paso a Triple A baseball team. None of those people are in the baseball, or sports marketing, business. And no one spends money to generate negative publicity.

The problem was that they never sold their vision of El Paso. They never got El Pasoans to buy into the need for Triple A baseball to reinvigorate downtown, or the need for a vibrant downtown to revitalize the city.

Sure, the city had community meetings in an effort to get the community to buy into their plans. But some people don’t like meetings. Some people are working too hard to pay bills, and put food on the table, to go to a community meeting, where their votes were likely to be ignored anyway. Ask those people from EPISO, who had all their bond election comment cards counted as one.

The people I talk to felt that the City was going to do what they wanted to, anyway, regardless of public opinion. They remember the PDNG’s original plans for downtown, and those community meetings, with shills in the audience, leading the discussion.

The Hunts, and Mr. and Mrs. Foster, thought pure hearts and good intentions were enough.

Also, they probably don’t spend enough time talking to people who don’t agree with them. We all live in cages of our own construction. If you never venture outside your comfort zone, you get too comfortable.

From what I’ve read in the paper, the City needs an average attendance of 6,300 people for the ballgames to recoup its (our) investment. I wonder what the number is for Mountain Star? Of course, their revenue comes from multiple sources, like hot dogs and beer, as well as from the gate. And they have a resalable asset (the baseball team) that they can resell, if they find a sucker. The City, I believe, only makes their money from rent and the attendance.

The ballpark would have had a better chance for success, I believe, if it had been more centrally located. Like at Bassett Center. The Bassett Center location would also have generated more opportunity for collateral development than the City Hall location, also, because Bassett Center has what the architects call more “fine grain” venues. Because, really, where are you going to put that vibrant nightlife around the proposed location? Are developers going to bulldoze all those apartments on San Francisco Street? Will we scrap the History Museum, or the Art Museum, to open up a bar mall? (I guess maybe we’ve established some precedence for that.)

How far are El Pasoans going to walk to go to a ballgame, and then out for some vibrant nightlife?

And wouldn’t a ballpark easily visible to the millions of people who drive down I-10 have done more for El Paso’s reputation than one tucked away behind apartment buildings?

El Pasoans had better hope that the ballpark is a success, because if baseball fans aren’t paying for it, taxpayers are. And Josh and Woody Hunt, and Paul Foster and Alejandra de la Vega, will have bought themselves years of bad publicity.