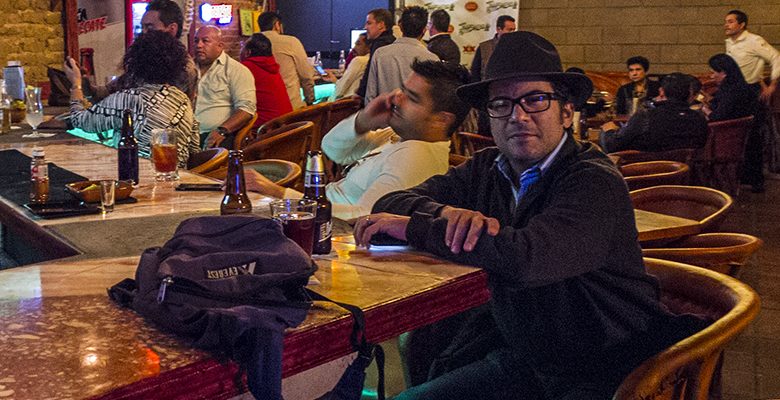 Much to our surprise, Bernie Sargent and I were not reappointed to the El Paso County Historical Commission after 25 years of combined service. We were humiliated and disgraced by our County leaders, particularly Commissioner Vince Perez and Judge Veronica Escobar, who were absolutely committed to dismissing us. And no, it was not just our procedural violations that led to this outcome…

YEARS OF VOLUNTEER SERVICE
Bernie Sargent, who serves on 13 boards, has given approximately 33,000 hours to the El Paso County Historical Commission. I was in my eighth year when I was not reappointed yesterday. In all that time, neither of us had ever been reprimanded or called into anyone’s office to explain our actions–not one time. In fact, we had received only accolades from our County leaders, to whom we were steadfastly loyal. The Texas Historical Commission conferred upon us the Distinguished Service Award every year since 2005, which is extraordinary. Our social media network was larger than all the other county historical commissions in Texas combined. We were long recognized as a major force for good throughout Texas and the United States. And then we publicly opposed destroying Duranguito, and everything changed suddenly.

For the record, during my tenure on the EPCHC I worked very hard. I crafted an architectural survey and worked for its passage over a period of years. Thanks to the County, that survey is about to begin, and one hopes it will lead to nominations for new National Register districts in and around Downtown El Paso. I established an Architectural Preservation Committee, and in six years it grew to more than 30 members–all professionals with expertise in historic preservation, architectural history, planning, real estate development, and related areas. I launched and saw to completion the project to design a new and attractive webpage for the Commission. I developed our Facebook page from only 100 likes to nearly 38,000; it is the largest social media platform focused on history and culture in the western half of Texas. I successfully placed Segundo Barrio and Chihuahuita on the annual list of the 11 Most Endangered Historic Places of the National Trust for Historic Preservation, bringing national attention to our wonderful barrios. I curated a major exhibition on the architectural history of downtown El Paso, which is still on display in the ground-level windows of the Plaza Hotel. I worked to connect potential buyers of historic properties to willing sellers. I gave numerous architectural walking tours of downtown El Paso and trained students to do the same. I volunteered in local high schools and taught architectural history to hundreds of young people, and I gave dozens of public lectures and tours throughout the city, free of charge. Bernie and I formed coalitions to oppose the demolitions of architecturally significant historic buildings. And yes, we fought like hell to prevent the destruction of Duranguito because we know in our hearts that it is the right thing to do.

THROWN UNDER THE BUS
But none of this mattered to our bosses. Bernie’s list of contributions is far longer than mine, and there are the many contributions of our fellow commissioners who were also not reappointed or declined to reapply. In a single stroke, the County Commissioners Court ruined one of the most effective and accomplished groups of professionals in Texas, and just as they needed our expertise to assist with the huge architectural survey that is about to begin and that we fought so hard to implement. Ironically, that survey was approved by a 5-0 vote one year ago today, and two days ago the same commissioners voted 5-0 to discharge us dishonorably for procedural violations that were unintentional and which we were never trained to recognize. We apologized publicly for ourselves and our colleagues and I will state it again. We are truly sorry.

There are some who tell us that ignorance is no excuse for violating regulations. Others cannot believe that we never received TOMA training during so many years of service. Still others claim that we should have sought training from the Texas Historical Commission or read for ourselves the text of the law, which is totally abstruse. Judge Escobar did not mince her words as she repeatedly reminded the media that we were under investigation. She went on to claim that after so many years of service it was time for new leadership, in spite of the fact that Bernie and I had been repeatedly reelected to our positions by our colleagues. She and her friends spoke of a certain lack of confidence in our leadership. Vince Perez’s letter to the DA was especially colorful. Mind you, Judge Escobar and Commissioner Perez had never once attended an EPCHC meeting or complained about our conduct, and Perez has not responded to our emails or phone calls for over a year–long before Rep. Ordaz mysteriously exploded at me in City Council in October. We still do not understand what is motivating them.

NEXT STEPS
It is obvious that we and our friends will not participate in the upcoming architectural survey while we are under investigation by the DA and Texas Rangers. We sincerely hope, of course, that the survey will succeed, yet it is understandable that most of the local scholarly community may be not be available to assist under these circumstances, which are not exactly conducive to collaboration. See today’s KVIA report.

The County never owned our Facebook page, so I petitioned to change its name to the “El Paso History Alliance.” The new group includes every one of our 38,000 followers. The page will continue to focus on the history and culture of El Paso, Texas and it will be managed by the same administrators. Not only will this page include the high-quality photographs and other content that our followers have come to expect from us, but it will also be a free-speech zone where we can exercise our First Amendment rights without restraint. We will grow our page to beyond 100,000 likes, while the opponents of history and culture will go their big donors.

We are also taking with us our Architectural Preservation Committee, which I created in 2011. I am transferring the entire group to the non-profit Texas Trost Society, where our mission will remain the same: “To formulate and implement strategies for protecting the architectural heritage of El Paso County while promoting the economic development of the historic neighborhoods and districts of both El Paso and the surrounding region.” Our professionals will be appreciated and treated with respect by our Executive Board, on which Bernie and I both serve.

The bottom line is that our networks and alliances are perfectly intact. We regret that we can no longer place markers around El Paso and that we have lost the institutional backing of the County, but there is still plenty we can accomplish outside the government.

POPULAR SUPPORT AND MEDIA COVERAGE
Bernie and I and our former EPCHC colleagues have received incredible support from the community these last two days. Honestly, I have never received so many phone calls, emails and text messages in my life–even more than when I got married last June! We are humbled by the outpouring of thanks from more than one thousand friends and contacts.

The media reporting of the purge of the CHC has been mixed, as one would expect. Aileen Flores was fair and objective in her report this time around. KVIA has done a particularly good job of telling it like it is, especially Mauricio Casillas. Ashley Claster recorded our entire statement following the decision of the Commissioners Court here. Lashay Wesley of KFOX did a fine job of detailing our alleged email violations in her report. Don’t forget to check out the pithy posts by the awesome Rich Wright at El Chuqueno. KTSM, however, has been consistently incompetent in its reporting, failing to get straight even the most basic facts. I spent quite a bit of time Tuesday trying to explain these things to their cameraman, who was a really nice guy, but the editors botched and mangled the information in a transparent effort to make us seem like outlaws on the lam. Their analysis of our emails is bizarre. Maybe it will help their ratings.

COMMISSIONER DAVID STOUT’S REBUTTAL TO THE EL PASO CHAMBER OF COMMERCE
I have attached Commissioner Stout’s eloquent and well-crafted rebuttal to the spurious letter sent by the Greater El Paso Chamber of Commerce to the Texas Historical Commission on January 24. As you know, the able attorneys of the COC found a procedural error in how we handled the historical marker application for the Chinese Laundry at 212 W. Overland Ave. (fyi, this procedure has been in place for at least 18 years, since the Clinton presidency). Stout did a great job of setting the record straight and gave the COC a lesson in truthfulness. David will always be a great friend and we admire him tremendously, but we are disappointed in his vote to remove us from the CHC, especially since we worked so well together and had so much work before us.

ARENA UPDATE: IMPENDING TRAIN WRECK
Our coalition of supporters in the City Council has obviously collapsed under intense lobbying from big political donors. Jim Tolbert, who we had always considered a friend of historic preservation, disappointed us with his change of heart. First he was willing to sacrifice Duranguito, then he changed his mind and fell in love with it, even attending Duranguito events; and now he has changed his mind again and is ready to raze the neighborhood to the ground. Nice. It seems likely that he is not the only City Council representative who is sliding back toward mass demolition. At least reps. Acosta, Noe, Ordaz, and Robinson have been consistent in their total disregard for historic architecture. Rep. Limon might be the only remaining representative standing absolutely firm. May God reward her in heaven for her courage.

There is really not much else to say about the City at this point. They are ignoring the residents and the groups that supprt them. They refuse to spend an additional $200,000 on a study that could save the oldest neighborhood in El Paso from destruction and 150 or so poor people from displacement. Yet, they are prepared to spend $20 million acquiring private property in Duranguito, sacrifice millions of dollars worth of federally-funded infrastructure there, and then spend millions more for litigation that will drag on for years. I have not doubt that Ms. Firth and the other attorneys are advising City Council that any legal challenges can be dealt with, no problem.

Have a great day,