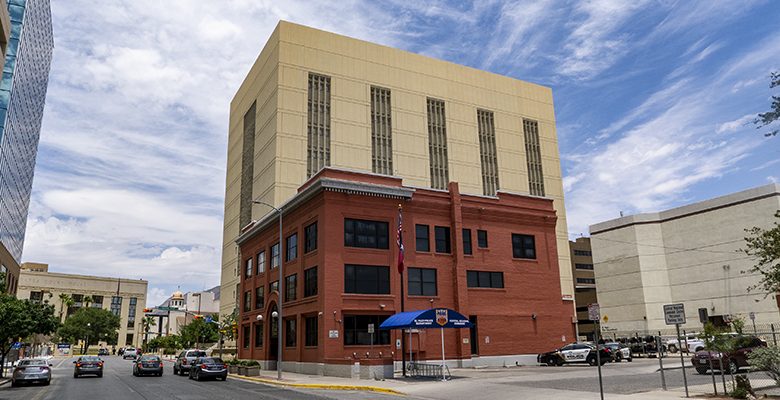 A federal judge ruled last month that an excessive force lawsuit against an El Paso Police officer will continue and be decided by a jury. The ruling marks the second time in 18 months that a federal judge issued a ruling against the city and El Paso Police Department in lawsuits stemming from deaths at the hands of officers.

The judges ruled that the lawsuits, largely unchanged, could proceed.

But the story also included this scandalous tidbit:

Court documents show that shortly after the indictment [of off duty Officer Jorge Gonzalez for shooting a citizen after a traffic incident], Allen made public comments that he wanted to “reassure the department, the personnel and the officers on the street, that we will stand behind them regardless of the circumstances, or the findings of a grand jury.”

Allen testified that he subsequently excluded the El Paso District Attorney’s Office from police shooting scenes because he was “outraged” at the indictment and that the DA’s office did not concur with the Police Department’s findings of the same incident, according to court records.

“A reasonable jury could consider the evidence and conclude that Chief Allen excluded the DA’s Office to insulate EPPD officers from scrutiny and the possibility of receiving consequences for their actions,” Guaderrama wrote in his ruling.

Wow. Just wow. It’s like the EPPD is above the law.

You know Grand Juries very rarely indict law enforcement. A Grand Jury didn’t even indict Officer Jose Flores when he fatally shot handcuffed prisoner Danny Saenz in the sally port of the El Paso County Jail, and that was captured on video. But if a Grand Jury does indict a police officer, the police will retaliate against the District Attorney’s office.