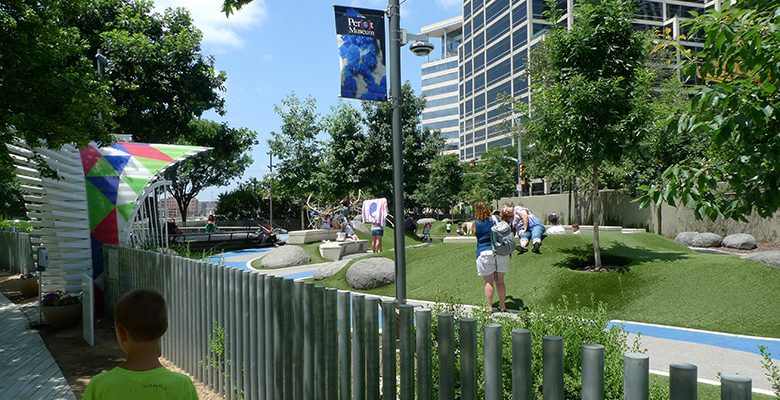 I could tolerate the deck park, maybe, if the plans didn’t include widening the freeway, and increasing the traffic coming through downtown.

I could tolerate widening the freeway, maybe, if TxDOT’s models had been based on current traffic, and not data that’s almost ten years old. If the models had included the effect of the Borderland Expressway, the proposed bypass that will go through the Anthony Gap. If El Paso’s population was actually booming, and not stagnating. Like, if we really needed more freeway.

I could tolerate the proposed cap/deck, maybe, if the plans didn’t also include bulldozing lots of real estate, including the Holocaust Museum and some historic apartment buildings, and turning Yandell into a freeway access road.

I could tolerate the deck park, if I knew – knew – that the taxpayers wouldn’t be on the hook for it some time on down the road. I like parks. I like trees. I like sunshine, and fresh air. Throwing a Frisbee. Kicking a ball. But who do you suppose will maintain that park? Not TxDOT. Not the “philanthropists” pulling the levers of government from behind the curtain.

I could tolerate the deck park if MountainStar Sports Group hadn’t announced, way back in 2016, their intention to build a soccer stadium on a deck over the freeway, one year after Ted Houghton retired from his position as Chairman of the Texas Transportation Commission, the civilian authority that presides over the Texas Department of Transportation. I get the idea that this “deck park” has been in the works a long time, and that any “community outreach” was just to rubber stamp a foregone conclusion.

I could tolerate the deck park, maybe, if Ted Houghton hadn’t just said “We’ve been doing a lot of quiet work on this on the political side. The infrastructure bill passed with RAISE grants. Everything’s starting to fall into place but we can’t let up.”

Doesn’t that sound a lot like the ballpark? Weren’t the ballpark promoters working quietly “on the political side”? And didn’t we get shafted then, and aren’t we getting shafted still, by the ongoing expenses of the ballpark?

The projects that they propose support their world-view, which happens to be different than the world-views of a large segment, dare I say most, of El Pasoans.

And that might work if El Paso were a city of transients. But the people who live in El Paso are people who have lived in El Paso. We’re not new arrivals. We’re not carpetbaggers. We’re El Pasoans. We’ve noticed the shenanigans that our elected officials have embraced.

Most of our city’s elected officials are professional politicians with dwindling prospects as they reach the ends of their term limits, so they’re beholden to their campaign donors for their continued contributions, as the politicians grasp for a limited number of higher and higher offices.

And those campaign donors, solid businessmen all, only see El Paso’s future in terms of what it means to them, their personal economic growth, ever expanding, because they measure their value in dollars and cents and net financial worth.

Except for all those things, I could tolerate the deck park.