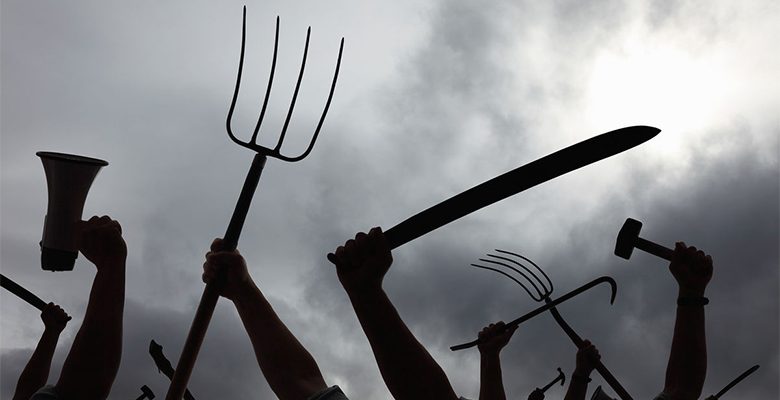 The obvious answer: Low voter turnout. Most people weren’t that interested in the election. Some didn’t even know about it.

Those bonds don’t hurt everybody.  Those tax dollars flow from your pockets into someone else’s.  All those people, the builders and the contractors and the “business community” all turned out to vote.  (By business community I mean the bankers and lawyers and the vampiric cocksuckers in the Chamber of Commerce and their hangers on, nee, collectively, the Paso del Norte Group, but that’s another story.)

The developers let the “business community” caress the big money as it passes, however briefly, through their hands. They all voted for the bond because that bond money filters through their community. The bond money trickles down, but it doesn’t trickle very far.

And the police union made sure that their members voted.  They get shiny new offices, and holding cages.  If you’re lucky, some day you may get to spend some time in one of the new police stations.

Going door to door in you neighborhood is hard.  Understanding public policy is hard, and explaining it to someone that’s not very interested in public policy is harder.  Knocking on your neighbor’s door and telling them that you’d like them to vote against the bond might make you look like a kook.

But that’s what we have to do.

Fortunately, the State Legislature gave us a reason to knock on doors.  An increase in local tax revenues greater than 3.5 % opens the door for a tax rollback election.  But we have to file a petition.  So when the next budget rolls around, and the City proposes a big tax increase to cover their fiscal profligacy, you’ll have a reason to knock on your neighbor’s door.  You’ll have a petition in your hand.  You can ask your neighbor to sign it.  You can explain to your neighbor that you City Council Representative hasn’t been representing the neighborhood, but has instead been representing the Business Community, and by Business Community, you mean the bankers and lawyers and the vampiric cocksuckers in the Chamber of Commerce.

Your neighbor will probably be glad to see you.  He might even invite you in for a beer, but you’ll have to tell him some other time.  You’ve got more doors to knock on.