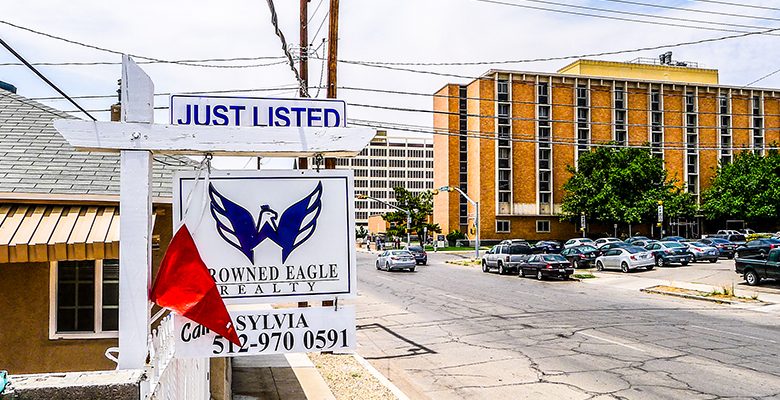 Vic Kolenc of the El Paso Times reports that the median price for a house in El Paso rose in 2020. A lot.

El Paso’s median, or market midpoint, price for existing, single-family homes increased an average 8.15% from 2019 to a record $177,800 in 2020, show preliminary data released Feb. 11 by the National Association of Realtors.

The nationwide price increases were because of record low mortgage loan rates coupled with low inventories of homes on the market, Lawrence Yun, chief economist for the National Association of Realtors, said in a statement.

Well, that’s not much of an answer.

I suspect they weren’t really moving to El Paso. I bet they were just buying houses here.

The economy is screwed up. The Dow Jones Industrial Index is at record highs, while millions of Americans are depending on food banks for their next meal.

Rich people have more money than they know what to do with, and poor people are starving.

Some people think that the stock market is in solid bubble territory.

Warren Buffett’s favorite market indicator surged to a record high of 195% on Tuesday, signaling stocks are overvalued and could tumble in the coming months.

People are investing in real estate, and other assets, in anticipation of a stock market crash.

Even a house in El Paso looks like a good investment. Especially if you listen to all the local real estate speculators. You know, El Paso is getting ready to explode.

But look at the bright side, from Mr. Kolenc’s EP Times story:

Because the market has seen widespread sale price increases, most homeowners are likely to see their taxable property valuations go up this year, said David Stone, assistant chief appraiser for the El Paso Central Appraisal District. It’s in the midst of a reappraisal of El Paso residential properties.

If El Paso’s city and county taxing entities don’t lower their tax rates for next year, then future residential tax bills would increase based on increases in home valuations, Stone said.

But don’t worry. I’m sure all that economic development will start to trickle down any minute now.