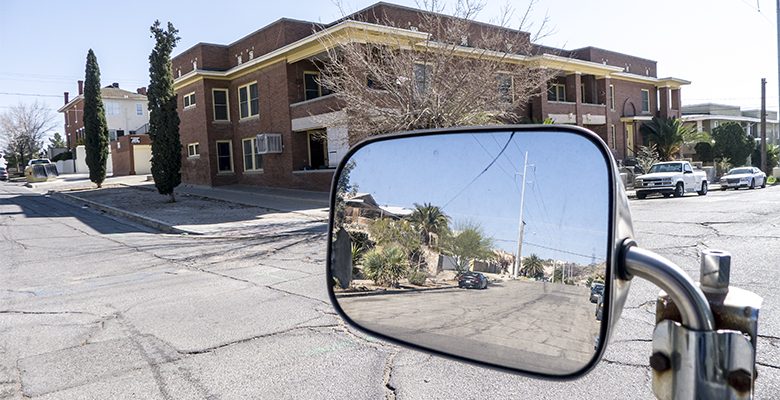 I get it. The billionaires are putting a lot of money into spiffing up downtown. And we better jump on their investments before they get bored and lose interest.

Leisure activities aren’t a shortcut to making El Paso any less poor. They only benefit those who are moderately well off. Splash parks aren’t going to lift anyone out of poverty. TopGolf and Whole Foods are the equivalent of Marie Antoinette’s cake.

Our benevolent leaders believe that outside investors are the path to economic success. That wealth can trickle down. That we need to grow at the outside margins, by attracting outside capital investment, instead of the inside margins, by developing El Pasoans’ skills and talents.

Well, I’ve got news for them. The cavalry’s not coming. Capital investment will bypass El Paso and instead settle in Viet Nam, or China, or even Juarez.

(That’s why their plan is for regional development. To make El Paso a bedroom community for Juarez, and Las Cruces, and Santa Teresa.)

Don’t get me wrong. I know that today’s economy needs all those jobs that will soon be lost to automation. But our benevolent leaders are determined to drag us into the late twentieth century, and are willing to commit all our scarce resources to do it.

We’re operating on a plan that was developed in 2005. And a lot has happened since 2005. Like, the global economy went into a coma, and, when it awoke, the world was different. Mostly, the poor got poorer and the rich, richer. We’re operating on a plan that assumed that the poor could still make the leap. That’s harder now, and increasingly harder in the future, and there’s no way to accomplish it in our benevolent leaders’ plan.

Ten years is practically a lifetime in today’s economy. Some internet entrepreneurs have made and lost multiple fortunes in ten years, and it’s been 13 years since Plan El Paso was first conceived.

I don’t see how a vibrant downtown prepares El Pasoans for the new economy. The economy we’re living in now. And the truth is that focusing all our finances and attention on pretty vanity projects distracts us from the efforts that might actually benefit El Paso.

I’m all for protecting our architectural patrimony. Those old buildings downtown are part of El Paso’s unique appeal. They are what distinguishes El Paso from the glass skyscrapers of all of America’s other downtowns. But what does a $180 million arena do for us?

What if we took that $180 million and set up Adobe Creative Cloud in all our libraries, or in dedicated learning centers, around the city? What if we taught Photoshop, and Illustrator, and Premiere Pro, to anyone that wanted to learn them? What if we pumped age-appropriate coding and robotics classes into every school in city limits?

(What if we set up nodes of high-speed wifi internet in strategic locations throughout the city? Nah, that’s just crazy talk.)

What if we taught art, and music, to the artistically inclined, and twenty-first century tech to the people that were good with their hands?

What if we made it easier for El Pasoans to pursue cinema, and movie-making, and theater arts skills?

El Paso already enjoys a comparative advantage in most of those areas. We’re punching above our weight in music and the plastic arts, and we’ve got a decent theater scene, and a smattering of filmmakers.

We could be more.

Half-hearted, or poorly managed, efforts into these endeavors could easily fail. And then the opposition could say, “Well, we tried, and that didn’t work.” But there’s no reason an earnest, sincere, well-funded pursuit of our inherent excellence couldn’t produce results, with synergies.

Just to be on the safe side, I’m going to tell you that this is political advertising, even though it sounds a lot like common sense.