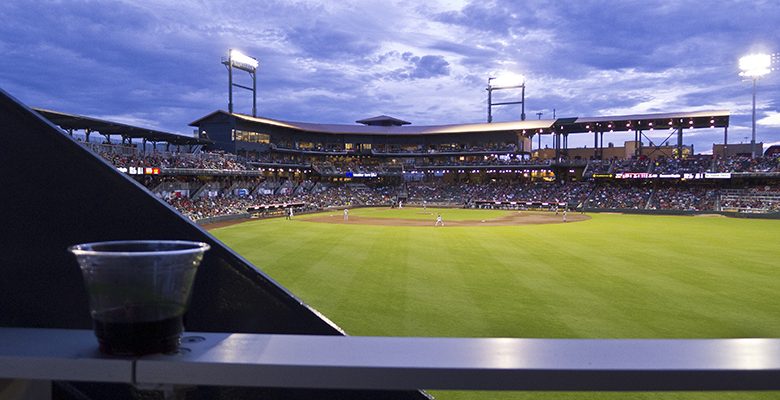 It should be. For the taxpayers, the ballpark is expensive. We subsidize it every year, and we’re going to keep paying for it in the realistic future.

Sometimes the feds have to fly in a bunch of contractors to tend the foreign children the feds sometimes keep in cages, and then the Hotel Occupancy Tax comes close to meeting the City’s obligation to subsidize the ballpark, but otherwise the HOT always comes up short. When that happens, the money comes from the public kitty, i.e., your bank account.

But, even though I resent that, that’s not the worst thing about the ballpark.

El Paso spent a lot of money building the ballpark, and that was money that the City could have spent on other projects that would have better advanced the ballpark’s ostensible goals of Economic Development and Quality of Life.

But, even though I resent that, that’s not the worst thing about the ballpark.

The worst thing about the Southwestern University Ballpark is that it really emphasizes the class and economic disparities in El Paso.

That wasn’t accidental. That was by design.

Ticket prices that make the best seats unaffordable for most El Pasoans? Even the second best seats?

And those seats are mostly empty, most of the time. Who can take the time to watch 71 baseball games a season? Who would want to?

Sure, for $5, you can go sit on the berm, but then your six-year-old might ask, “Daddy, why do we have to sit on the grass?”

Who wants to have to answer that question from their six-year-old?

MountainStar Sports Group built the ballpark so they wouldn’t have to associate with the great unwashed who pay for their venue. They didn’t want to rub shoulders with the working class. But they wanted to go out. They wanted to be entertained like their out-of-town multi-millionaire peers.

Don’t you think they could jet off to watch the Astros play? Or the Diamondbacks?

Or the Sixers, or the Lakers?

Or Liverpool, or Barcelona, for that matter. Why don’t they just jump in the Gulfstream and fly over to catch a game?

Why do El Paso’s taxpayers have to scratch their itch?

The ballpark stands as a monument to class distinction in El Paso.

There are lots of families in El Paso who cannot afford to take their kids to the movies, let alone drop $60 at a ballgame.

The ballpark illustrates how our local rich people own the government and how they’re not too afraid to use it for their own benefit. It also calls into question the motives for their “philanthropy”. Were all their gifts to the community just part of a tax-deductible long con?

Maybe I’m doing them an injustice. But maybe it’s not equal to the injustice they’ve done us.