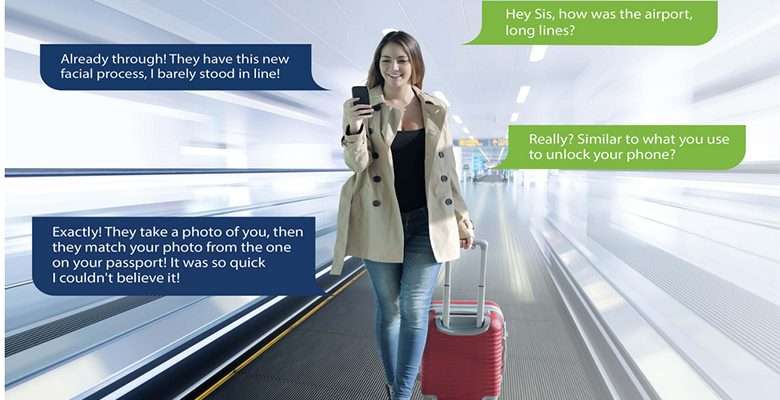 But this new biometric picture-taking program they have at the border is gumming up the works.

For now, it’s only mandatory for non-citizens, but just about everybody has to deal with it.

And despite the claims of the advertising agency that CBP has hired to sell it, the system has created long lines at the pedestrian bridges.

I lifted that picture up there from the CBP website.

Like I always say, if you’re trying to sell a blind horse, the first thing you tell the mark is how good it can see.

How is an additional two or three or five second step in the process of entering the country going to speed things up? The agents don’t say, “Okay, it’s you. Welcome to America.” They still ask the same questions they always have. Only now, they have you stand in front of a camera for a picture. Multiply those two or three or five seconds by the ten or twenty thousand people that cross the bridge every day. It adds up real quick.

And what about the people who cross by car? Are they getting their picture taken?

Isn’t the CBP getting enough bad ink these days without compounding the issues?

If they want to utilize biometrics, they need more agents on the bridge.