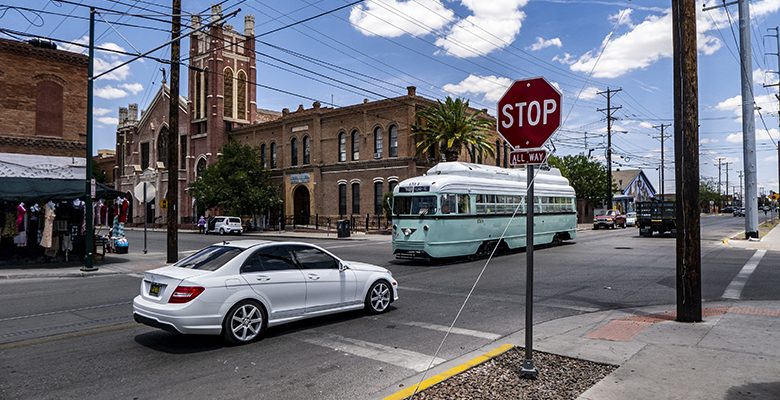 Sun Metro officials are looking for ways to boost ridership and bring in financial sponsorships for El Paso’s fledgling streetcar system, which has struggled to attract riders after getting off to a fast start late last year.

Curious. But exactly the way the City has proceeded with all of the other “build it and they will come” Quality of Life projects.

There’s a reason they call it Cause and Effect and not Effect and Cause.

There’s no mention in the article of the free streetcar rides cannibalizing the other bus routes, but reliable sources have told me that in the evening, the streetcars are full of commuters dodging the $1.50 fare the buses charge.

Sun Metro and other city agencies are trying to bring in streetcar sponsorships and advertising on the new, streetcar-tracking app as ways to generate revenue to help subsidize the service, and allow it to provide free rides, Banasiak said.

That includes trying to sell naming rights for the streetcar system, such as was done in Cincinnati, Banasiak said. That Ohio city’s three-year-old streetcar system is named the Cincinnati Bell Connector because Cincinnati Bell, an Ohio communications company, is paying $3.4 million over 10 years for the system’s naming rights. That money helps subsidize the system, which has had problems meeting ridership expectations, according to published reports.

Really? Who would want their name associated with a fiscal money pit? The Titanic? Southwest University?

God bless those nice people at City Hall. Once they’re in, they’re in all the way.

They don’t care how much of our money they lose.