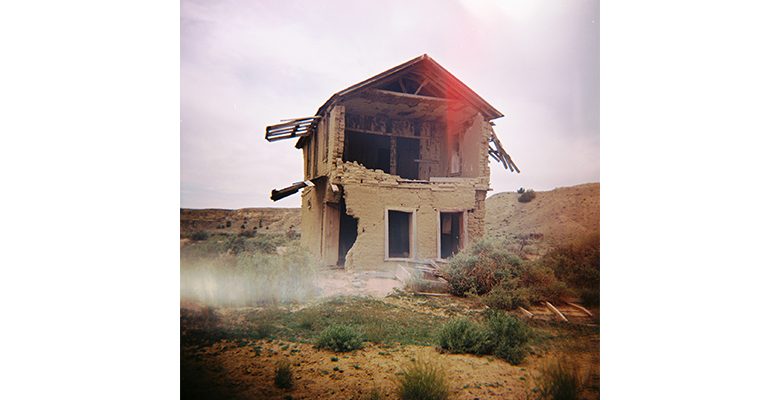 Music on the Wind 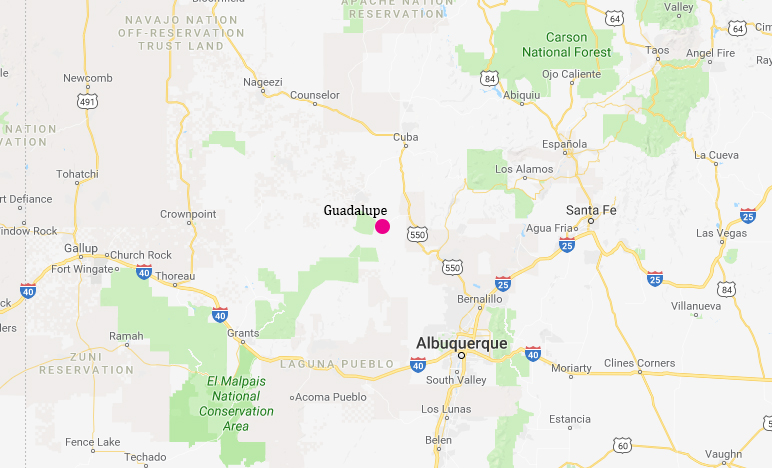 Today let’s visit the banks of the Puerco and explore the history of Guadalupe, New Mexico. This vast, empty landscape, punctuated by mesas, canyons, and volcanic plugs, is one of my favorite areas in the entire state to explore.

The remains of the village of Guadalupe—also known as Ojo del Padre—are south of San Luis on Country Road 279, which intersects Highway 550 north of San Ysidro. It is remote, requiring a drive of many miles down dirt roads in varying states of maintenance to find it. So much the better then! The village was named for the Virgin of Guadalupe, while the earlier moniker, Ojo del Padre (“spring of the Father”), referred to a nearby water source. Oddly enough, when a post office was opened in 1898 the name used was “Miller,” but no one can remember why. That name lasted until 1905, when the post office became Ojo del Padre. 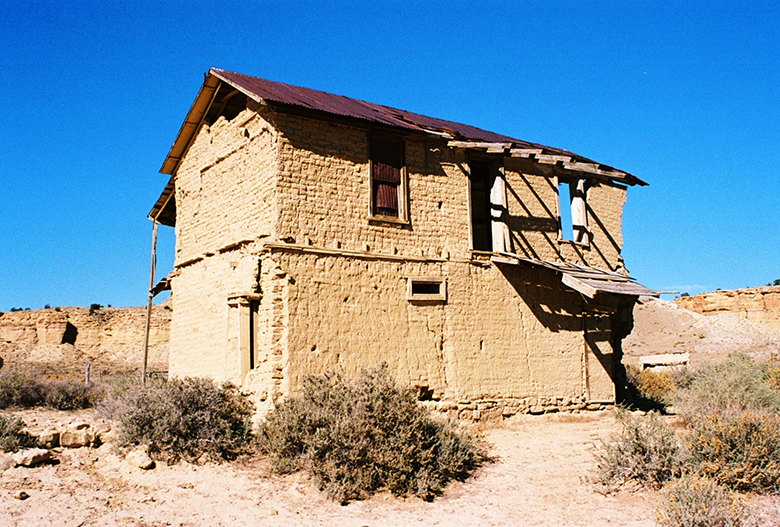 The first thing that one notices upon rounding the corner into Guadalupe, aside from majestic Cabezon Peak looming in the distance, is the wonderful two-story adobe building listing precariously on the side of the road. Built around 1905, this was the home and store of Juan Córdova and it’s often said there was a dance hall behind it. However, Nasario García refers to the lower floor of this ruin as not only a store, but the dancehall itself when the occasion called for it, with Mr. Córdova’s family living upstairs. It’s hard to argue with someone that was there, so perhaps this big adobe, which once had an impressive balcony, served all purposes. However, everyone agrees that the dances at Juan Córdova’s were major events. In the 1920’s, 350 people lived in the immediate area, mostly farming and raising livestock, and these dances, which began at sundown, could go on until four in the morning. Jose Tafoya would play the accordion while his brother Luis handled the guitar. 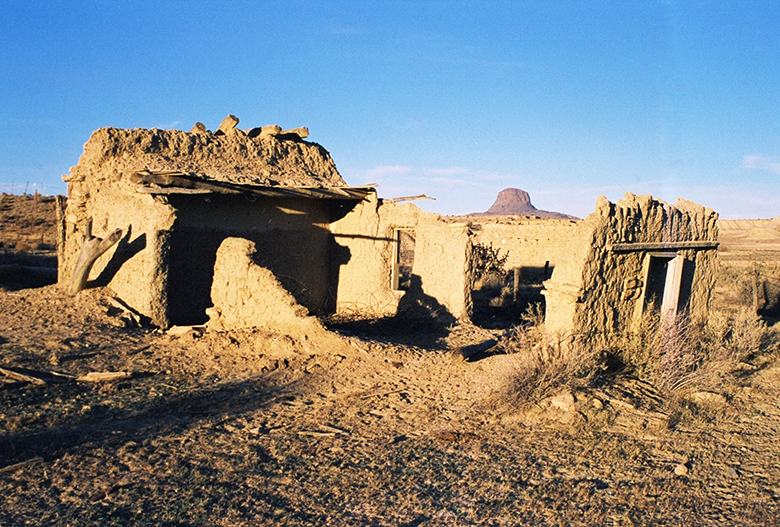 Yet just a short time later, in the early 1930’s, Guadalupe, like so many parts of the country, was hit by staggering drought. A full half of the cattle died. Then, around 1938, the log-and-brush dam which had captured water from the Río Puerco for local irrigation gave way. The government said rebuilding was too expensive a project for federal assistance and the communities along the Puerco were too impoverished to do it themselves. Then throw in the lasting effects of the Great Depression and the lure of employment in larger cities and Guadalupe didn’t really stand a chance. The school, the post office, and Córdova’s store all closed in 1958 as the last family left.

While a lowered water table and generally challenging landscape have kept people from returning to Guadalupe, you may find a couple folks hanging around. In fact, at least two structures are maintained and lived-in, one being the old schoolhouse. It’s not wise to go roaming around on private property out here, but if you see anyone nearby it’s worth introducing yourself and stating your business. Guadalupe’s few present-day residents are friendly and you’ll usually be given permission to take all the photos you want of the ruins on either side of the road, which include other old adobe homes slowly melting back into the landscape. 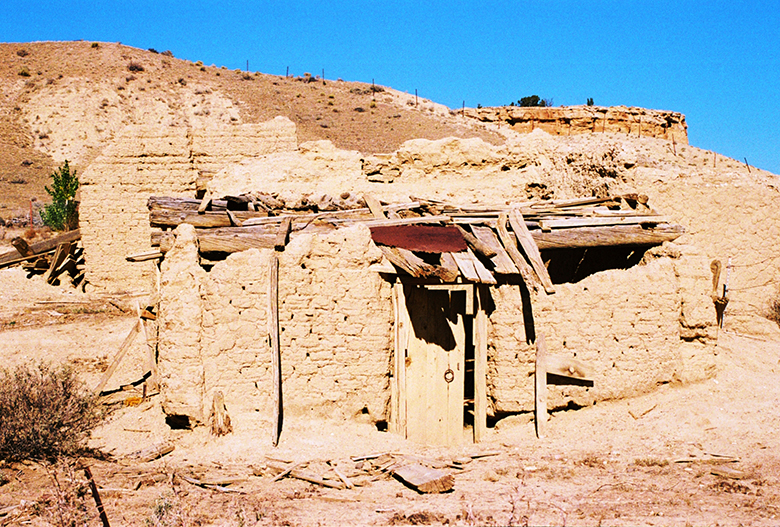 And that’s most of what I know about the history of Guadalupe. You can find a chapter on Guadalupe in “Ghost Towns Alive: Trips to New Mexico’s Past,” by Linda Harris and another tidbit or two in “The Place Names of New Mexico” by Robert Julyan. If you want to get deeper into the Río Puerco Valley, Nasario García’s book, “Hoe, Heaven, and Hell: My Boyhood in Rural New Mexico,” cannot be recommended highly enough. 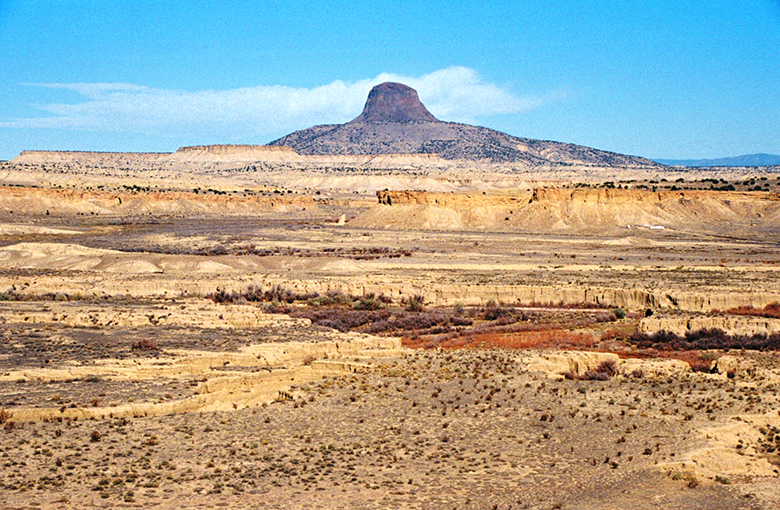