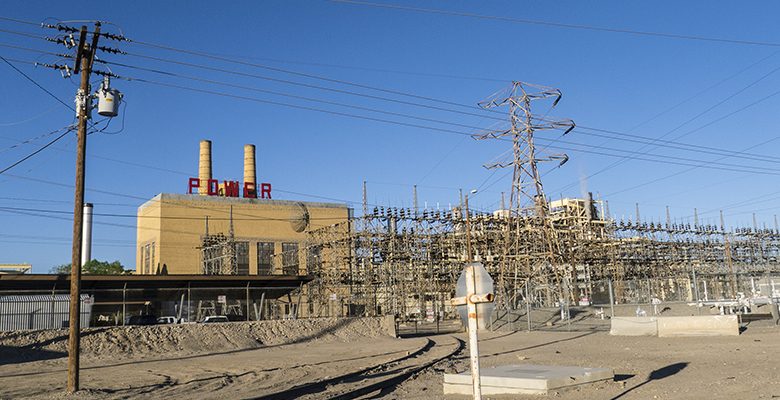 The company’s new Community Solar Program begins at the same time company officials are trying to convince state regulators to increase electric rates for customers with rooftop solar systems sold or leased by a handful of solar-system providers.

The company’s proposal to charge higher electric rates to customers with rooftop solar systems “is an issue of subsidies and equity and not about access to solar energy,” El Paso Electric Chief Executive Officer Mary Kipp said in a written statement.

“We do not believe that customers who cannot put this (solar) technology on their roofs should pay more for their energy than those who can.”

You kind of have to admire Ms. Kipp for standing up in front of the world to peddle this shit. She sounds almost like a socialist when all she’s really trying to do is to line her stockholders’ pockets so she can retire with a fat bonus.

But what, do you suppose, is the marginal cost of those wires? How much more does it cost the utility to send an extra kilowatt hour through the system?

If you answered diddly squat, you are correct. You also have a fine command of the colloquial vernacular we find so charming here at El Chuqueño, and you get to hang out with us more often.

The truth is that in other parts of Texas, the producers of electricity, and some motivated middlemen, share the transmission and distribution networks, and compete for customers by offering electricity at competitive rates.

El Pasoans, however, are spared the benefits of competition by virtue of the monopolistic stranglehold our good-natured neighbors who run EPEC enjoy. Lemme tell you, they don’t care about you or the good of the community. They are only interested in their own well-being. Their smiling orthodontia is only a ruse.

And so, now EPEC is asking for a rate increase. And not just for their solar customers. For every one of us.

Utility officials Monday filed a new rate request with the Texas Public Utility Commission of Texas in Austin, asking for an overall $42.5 million increase in revenues, an overall 8.7 percent increase.

That’s similar to the rate increase approved in August, which allowed the utility to get $37 million more in rate revenues, and to also collect, through monthly surcharges to customers, $6.8 million in other costs, including rate case expenses.

Remember, those fat cats were cackling as they roasted our babies on a spit only last year, to paraphrase a story in the El Paso Times from February.

The company had a profit of $5.7 million in the fourth quarter — an increase of almost 89 percent, or $5 million more than the same period last year.

What? Profits almost doubled in the last quarter of last year, but the greedy pigs still aren’t satisfied?

Maybe declaring war on people who have installed rooftop solar panels is just a distraction. Something to take our attention away from the new rate increase. But probably they’re out to screw us all any way they can.