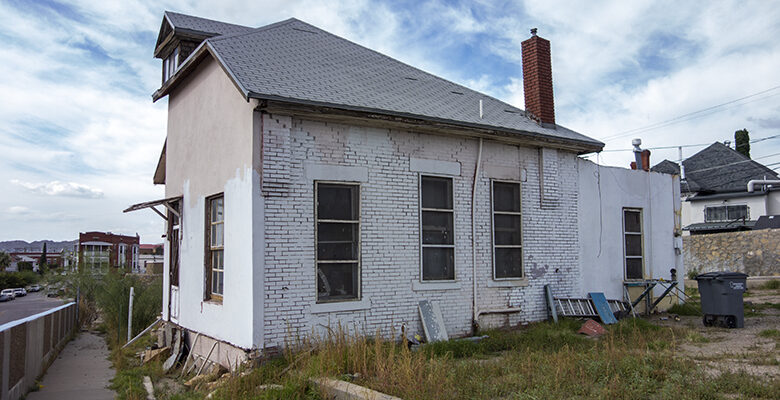 Trish Long talks about the Shanghai Grocery in this piece in the El Paso Times:

The Shanghai Grocery was located at 646 W. Missouri Ave. and held its grand opening April 17-18, 1937. Steak was 25 cents per pound, roast was 15 cents per pound and sliced bacon 32 cents per pound. I have yet to locate a photo of the grocery.

The six hundred block of W. Missouri is now just north of that underpass linking Sunset Heights to the ballpark. South of the Sunset Grocery. The Shanghai Grocery, and some other buildings had to give it up for the freeway.

Apparently this house (above) wasn’t all the way in the way, so they just sliced a little piece of it.