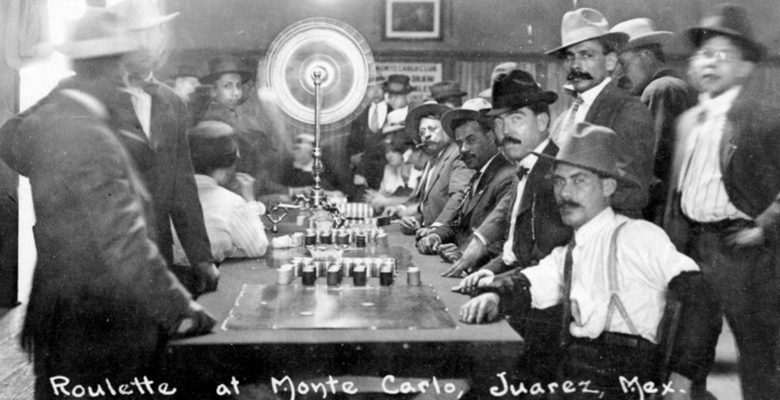 Lookie what I found.

Isn’t that our future 26th president enjoying a cigar as he plays roulette at the Monte Carlo in Juarez?

I estimate, based on local history and the apparent age of the Rough Rider, that this photo was probably taken around 1885. President Roosevelt official biography puts him in the badlands three times in the 1880s. I’m positing that the third time, in 1886, shortly after he secretly got engaged to his first wife Edith Carow, he said he was going to the Dakota badlands, but instead he went to the Juarez badlands.

He wouldn’t be the first.

And he wouldn’t be the first to be busted by an incriminating photo from Juarez.