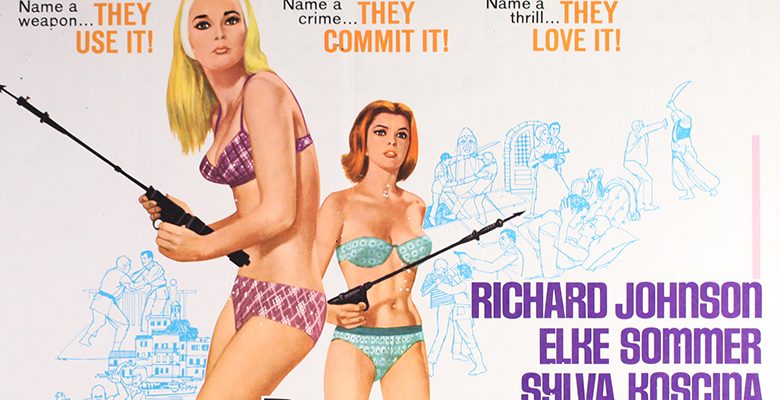 Here’s Elke Sommer, before she was a Bond girl, as a psychotic murderer for a master criminal. Actually, it’s not as bad as some of these movies. Plus, Elke Sommer, sometimes in a swimsuit.

Besides being probably the hottest chick on the planet for twenty years, Ms. Sommer was also kind of brilliant. According to Wikipedia, she acted in almost a hundred films and speaks seven languages. Also, she’s a legitimate German baroness by birth, so there’s that.