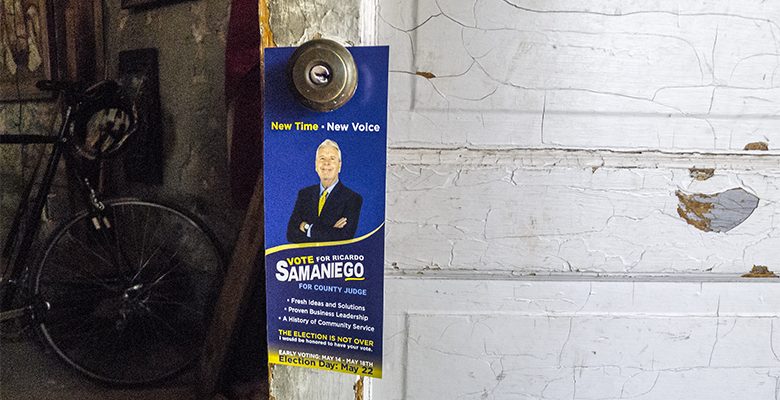 El Chuqueño does not endorse political candidates (though there’s this one candidate for District 8 that the editorial board is strongly leaning towards). However, we’re not above blackballing a candidate.

Today early voting starts in the runoff election for County Judge, and one of the candidates is former El Paso mayor John Cook. Electing John Cook would be an endorsement of the good-old-boy, screw-the-taxpayer politics that have brought us to where we are today.

John Cook sat by with his hands in his pockets while his ostensible employee, our former City Manager, called ballpark opponents “Crazies.” He missed the meeting where City Council fast-tracked the ballpark. Later he told the story of MountainStar and Joyce showing up in his office to tell him about the ballpark, and then he said it never happened.

Way too often the same candidates show up on the ballot again and again and get elected, like there’s no consequence for their cheating and bullshitting the electorate. That has to stop. We need to demonstrate that actions have consequences. We need to hold the candidates responsible.

It’s a runoff election, so the voter only has a choice of two candidates, and El Chuqueño will not advise you for whom to vote.

But in the race for County Judge, not John Cook.