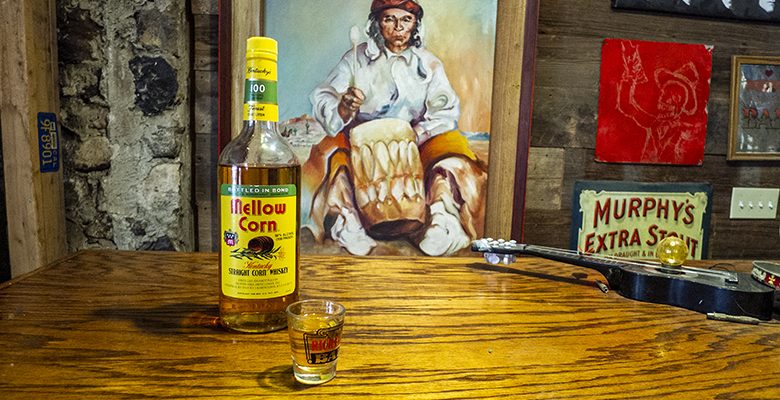 I don’t know who came up with this idea, but this product is definitely claiming its brand space.

That there is a bottle of Mellow Corn. I found it on Ash Wednesday at Vitola’s Cigar Bar downtown, and later, at Spec’s.

Mellow Corn is retro. 100 proof, bottled in bond, with a 1940’s label like Elmer Fudd probably had a bottle under the bench seat of his pickup truck.

Retro’s a niche. Retro’s an angle. Mellow Corn looks like no other bottle on you liquor store shelf.

Get a bottle of Mellow Corn and grease up your ducktails. Straddle your panhead. Call Bobby Sue, and Loretta, too.

I’ll meet you at the Hilltop Oasis.