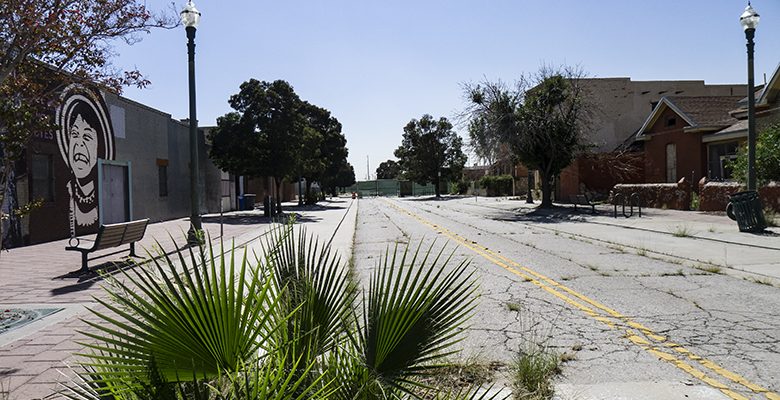 Since 2016, a falsehood has been spread nationwide about El Paso’s history that has cost citizens millions in legal fees and tarnished its reputation.

The falsehood is on the website of the National Trust for Historic Preservation and was on NBC Nightly News with Lester Holt in a segment featuring David Romo. While Romo stood inside the Villa Stash House on Leon Street, in front of lights and cameras, he repeated the untruth that El Paso will destroy its Latino heritage by bulldozing “Duranguito.”

[Dr. David] Romo and [Dr. Max] Grossman – in a self-proclaimed effort to “beat the city” – persist in spreading the lie that three deserted blocks – 70% asphalt – is the “birthplace of El Paso” and its “oldest neighborhood.”

That poor dear! Maybe she didn’t realize that the City already capitulated on Duranguito when they got advance notice that the Eighth Court of Appeals was ruling in Dr. Grossman’s favor.

But Dr. Grossman fired back, in this guest column:

What is driving the former First Lady to defame me and other academics so publicly regarding this issue?

(I remember when mayors just had wives who weren’t First Ladies.)

She cites the report by Lester Holt of NBC Nightly News focusing on the Hispanic Access Foundation’s listing of Duranguito as one of seven sites that deserve protection because of their cultural and historical significance to the Latino community of the United States.

So why doesn’t Margo complain to Holt or the many other journalists with national stature who have reported on the city’s plan to demolish its own birthplace?

She seems to be driven by her own personal animus against scholars whose research into the Union Plaza neighborhood has refuted her assumptions about the origins of El Paso and fueled opposition to her husband’s political career.

The truth is that Margo knows precious little about the history of the city’s First Ward and its architectural development. She is woefully misinformed.

What she and her allies fail to grasp is that there are other stakeholders in our urban neighborhoods besides the local business elites and their bankers and attorneys.

Of course, it is not Margo or her developer friends who would pay for this project any more than they paid for the structure of the ballpark. That burden would fall upon the taxpayers at large, who already suffer from the second highest property tax rate among the 50 largest cities in America.

In El Paso, there is a pervasive culture of exploiting local government to advance the private agenda of a handful of powerful families.

I can only hope that there’s another guest column next Sunday.